Yesterday, August 16, marked 40 years since this great moment, when the legendary Australian public servant Nugget Coombs, suggested to Prime Minister Gough Whitlam that he pour soil into the hand of the representative of the Gurindji people, Vincent Lingiari, as he handed over the deeds to the land and said these words:

"Vincent Lingiari and men and women of the Gurindji people.

On this great day, I, Prime Minister of Australia, speak to you on behalf of the Australian people-all those who honour and love this land we live in.

For them I want to say to you:

First, that we congratulate you and those who shared your struggle, on the victory you have achieved nine years after you walked off Wave Hill Station in protest.

I want to acknowledge that we Australians have still much to do to redress the injustice and oppression that has for so long been the loss of Black Australians.

I want to promise you that this act of restitution which we perform today will not stand alone-your fight was not for yourselves alone and we are determined that Aboriginal Australians everywhere will be helped by it.

I want to promise that, through their Government, the people of Australia will help you in your plans to use this land fruitfully for the Gurindji.

And I want to give back to you formally in Aboriginal and Australian Law ownership of this land of your fathers.

Vincent Lingiari, I solemnly hand to you these deeds as proof, in Australian law, that these lands belong to the Gurindji people and I put into your hands part of the earth itself as a sign that this land will be the possession of you and your children forever." 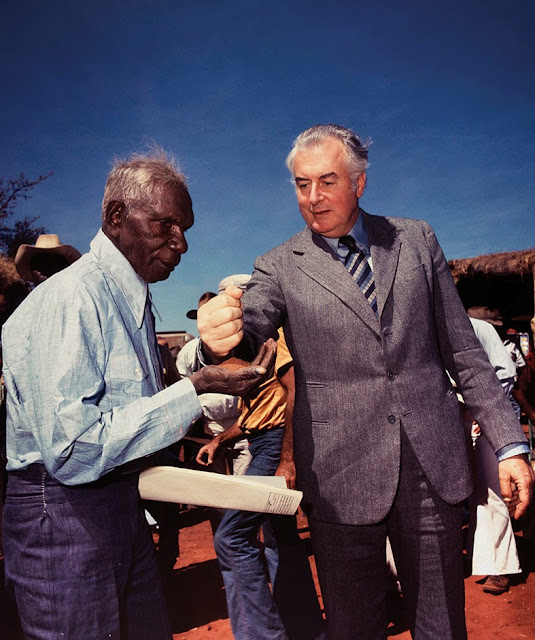 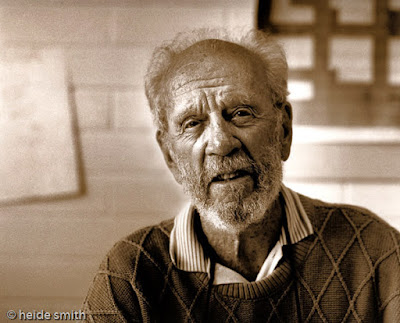 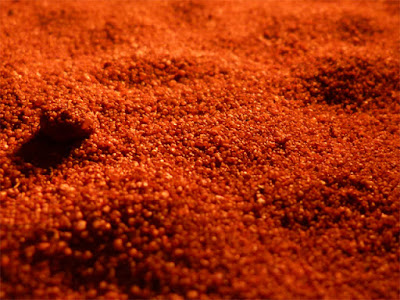 Posted by Andrew Catsaras at 10:14