I do love this woman

Yesterday, August 17, was the birthday of the unforgettable Hollywood legend, Mae West.

She famously said: "I believe in censorship, I made a fortune out of it."

Mae West was such a sensation that in 1935 she was the second-highest paid person in the United States, only behind mega publisher William Randolph Hearst. 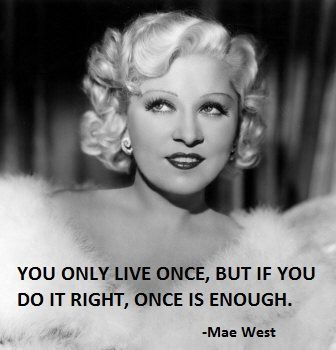 Mae West was a brilliant deliverer of a saucy line, as fine as any performer and, most notably, wrote a good deal of them herself.

Her first major screen performance (at the age of 38) was opposite George Raft in Night After Night in 1932, where she wrote and delivered this wonderful line:

Cloakroom attendant, "Goodness, what beautiful diamonds!" Mae, "Goodness had nothing to do with it, dearie." 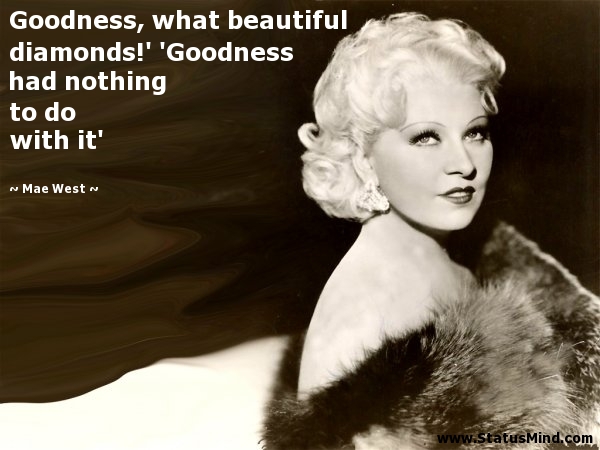 And these all-time classic lines from two 1933 films, starring opposite a very young Cary Grant, in She Done Him Wrong: "Why don't you come up sometime and see me?"

You can view the clip of those scenes and several other classic one-liners from Mae West on YouTube here: "The Best of Mae West"

She also recorded this marvellous hit song I'm No Angel in which she sings very directly: "Love me honey, love me, till I just don't care. I'm no angel" (remember this was 1933). 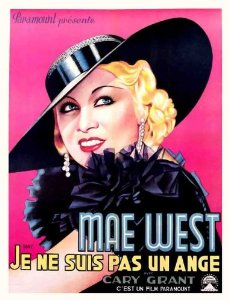 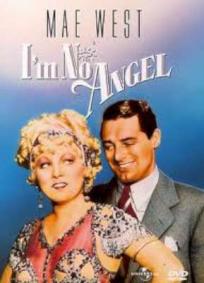 You can revel in her delightful vocal candour on YouTube here:

To end our recognition of her birthday, a couple more of her fabulous quotes: 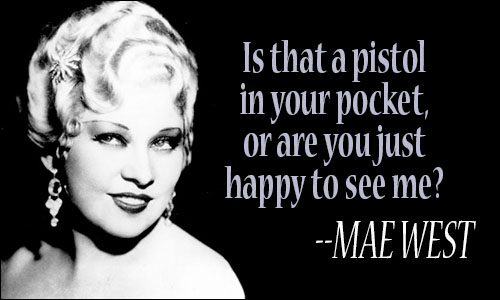 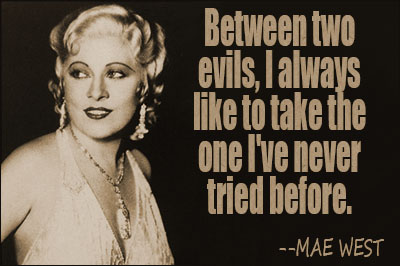 When Horace Greeley famously urged: "Go west, young man", I wonder if Mae was what he had in mind?

Posted by Andrew Catsaras at 16:36