On June 27 2011, legendary social researcher, Hugh MacKay, explained on ABC Radio's The World Today program, that what people always want to hear from their political leaders is "Let's hear your dreams for a better Australia."

Dream is a very powerful word.

It's the same word used so compellingly by the Reverend Dr. Martin Luther King Jr. in his immortal "I Have a Dream" speech over fifty years ago, which I recently wrote about here

It's also the same word that George Bernard Shaw used in his play Back to Methuselah:  "You see things; and you say 'Why?' But I dream things that never were; and I say 'Why not?'"

President John F. Kennedy, inspired by George Bernard Shaw, referred to these words in his address to the Irish Parliament on June 28 1963.

Senator Robert F. Kennedy, equally inspired, used similar words in his 1968 presidential campaign: “Some men see things as they are and say, why; I dream things that never were and say, why not.”

Senator Ted Kennedy quoted Bobby Kennedy word's in the final part of his very moving eulogy for his brother on June 8 1968:

"My brother need not be idealized, or enlarged in death beyond what he was in life; to be remembered simply as a good and decent man, who saw wrong and tried to right it, saw suffering and tried to heal it, saw war and tried to stop it."
"Those of us who loved him and who take him to his rest today, pray that what he was to us and what he wished for others will some day come to pass for all the world."
"As he said many times, in many parts of this nation, to those he touched and who sought to touch him: 'Some men see things as they are and say why. I dream things that never were and say why not.'"
If you've never seen it, I would urge you to view it.  A most moving experience see here.

I'd like to believe Ted Kennedy was speaking on behalf of all us, for all of the dreamers who are so crucial for humanity's future.

So crucial, so rare and, so often, so cruelly stolen from us. 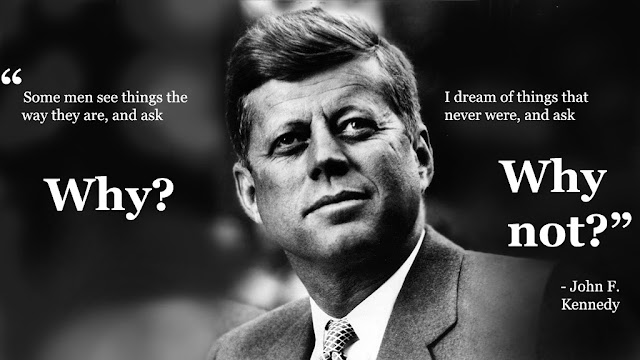 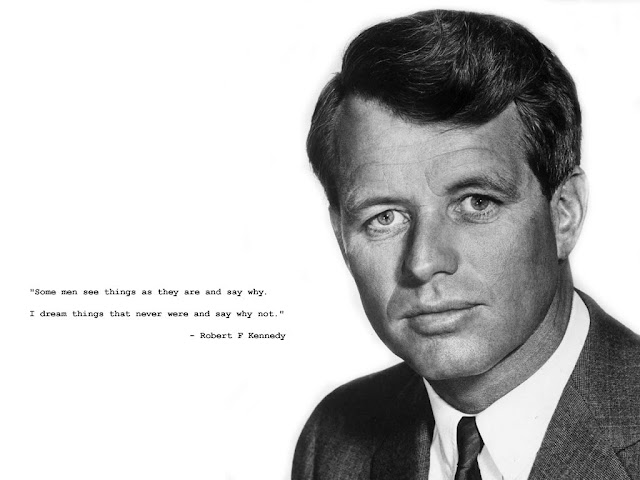 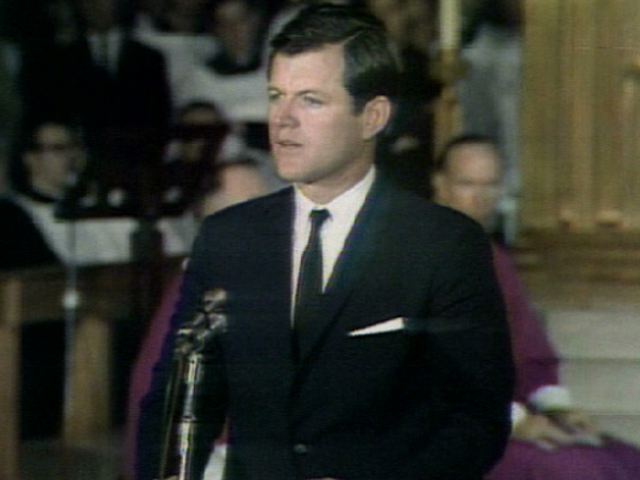 Ted Kennedy delivering the eulogy for his brother Bobby.
Posted by Andrew Catsaras at 17:08