Not so short, but definitely sweet. It's Time.

With ardent monarchist and traditionalist, Tony Abbott, about to enter the Lodge, one's gaze naturally becomes fixed on Australia becoming a republic, and one or two other long overdue matters.

For those of you who are keen to see Australia become a republic, or even if you are not, I thought you might be interested in this process for selecting a president.

I believe it deals with the reservations that were raised at the Constitutional Convention held in 1998 about the public wanting to elect a president, as opposed to having one imposed upon them by the politicians, and how that would lead to competing mandates.  It deals with the problem that the political parties would politicise any election process and also with the issue of having the President stand above politics.  It does not and cannot deal with the issue of wanting to keep the tradition of the British Monarch as our Head of State.

As for the issue of reserve powers presently available to the Governor General, these would transfer directly to the President.

This process could also be adopted at the state level for the election of state governors.

Step 3: A federal cross-party parliamentary committee selects 3 nominees from that list of 12.

Step 4: Those 3 nominees then need to be endorsed by 75% of Members and Senators in a joint sitting of Parliament.

Step 5: The 3 nominees then submit themselves to a public vote of the Australian electorate, with a simple preferential vote of 1, 2, 3, so that the winning candidate gets a minimum of 50% of the preferred vote.

In step 5, there is no campaigning undertaken by the candidates, political parties or anyone else on their behalf or third party endorsements.  There would be a publicly funded information campaign run by the Australian Electoral Commission outlining the achievements of the candidates and the candidates would be required to give a two minute TV address explaining to the public why they would like to be the President of the Australian Republic, which would be replayed several times on all TV and radio networks as well as on-line.

A president would be in place for a fixed five-year period.

The parliament could remove the President with a 75% vote of a joint sitting of Parliament.

Our process to date has managed to select many fine governors-general and governors (not to mention Australian's of the year) who have been above politics and have served the nation well.  I see no reason why the process outlined above would not continue to do so.

This is much easier.

Step 1: Members of the public submit flag designs to an apolitical committee, like the Australia Day Council.

Step 2: The committee selects five alternatives from the list.

Step 3: Those five alternatives, along with the current Australian flag (which makes six in total) are voted on by the public on a 1, 2, 3, 4, 5, 6 preferential basis, so that the winning entry gets a minimum 50% of the preferred vote.

The winning entry becomes (or remains) our nation's flag.

I've no idea how much appetite there is for a change to it, but my personal preference has always been the tune of Waltzing Matilda with new words more fitting of a national anthem.  Although, a bloke pinching a sheep from a landowner and then that landowner calling in the cops, only to have the bloke do a runner and jump into a lake, is quintessentially Australian.

Since 1972, when there was a strong feeling that we were about to see a change of government and a reforming one at that, it was pretty clear to me that three things that also needed to change were: 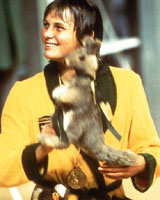 2. That the Governor General needed to be replaced by an Australian President.

In that time only the national anthem has changed to Advance Australia Fair.  The republic proposed in November 1999 was defeated (see results below), and any suggestion to alter the Australian flag has been met with boisterous opposition.

To be clear, I loved and still love God Save The Queen.  Loved singing it as part of a combined schools choir at the Sydney Opera House in 1974, and can still sing the 'D' part and would be happy to so for anyone who wished to hear me.  But it was clearly the anthem for the UK, not for Australia, and looking back now it seems very odd that it was ever any different.

So too with the British Monarch.

I think Elizabeth II is a great monarch, and who can't but be fond of Phil The Greek.  But they are for the UK, not for us.

Same for the Union Jack.

I think it's a terrific flag, one of the best in the world, visually and symbolically; but again it's for the UK, not for us.

To coin a phrase, surely 'It's Time' to consider seriously these issues once more.  Especially as the Prime Minister-elect would almost certainly be sympathetic to the cause.

Eureka regards, from your fellow citizen.

Please note: The Eureka flag is not my personal preferred choice for an Australian flag, but rather symbolic of a struggle.  And, of course, 'Eureka' is a Greek word, meaning "I've Found It'.

"The exclamation 'Eureka!' is famously attributed to the ancient Greek scholar Archimedes. He reportedly proclaimed "Eureka!" when he stepped into a bath and noticed that the water level rose—he suddenly understood that the volume of water displaced must be equal to the volume of the part of his body he had submerged. He then realised that the volume of irregular objects could be measured with precision, a previously intractable problem. He is said to have been so eager to share his discovery that he leapt out of his bathtub and ran through the streets of Syracuse naked." [Wikipedia]

Many's the time I've done exactly the same thing when I'd discovered something new and exciting in the polling data, though the local townsfolk don't get to see me frolicking about naked, just my wallabies do. 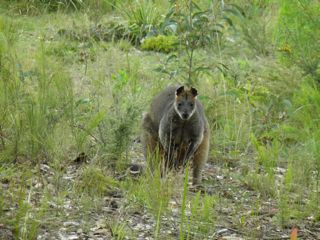 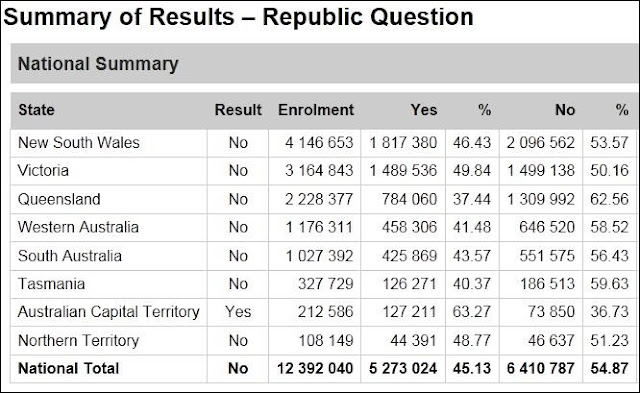 Posted by Andrew Catsaras at 16:04