Something fishy about blaming Hockey

It's been reported that if the Liberal Party cops a caning in Canning then Joe Hockey may be canned.

However, this would be a humungous 'passing of the buck'.

The Greeks have a wise saying for just about every situation.

It literally tells us that as a fresh fish ages and begins to spoil, the odour alerting us to its unfitness for consumption commences from the head.

While a useful and practical piece of wisdom for our piscean gastronomical activities, its deeper meaning has far more significance.

Quite simply it's this: If an organisation is not performing well, look to the top for the reason.

If the Government is not performing well, look to the top for the reason, and the reason is its leader: Tony Abbott.

Yes, it's true, Joe Hockey is not the finest Treasurer we've had, but under Tony Abbott as PM, who would look good?

"If Tony Abbott ends up the Prime Minister of Australia, you gotta say, God help us. God help us."

The fault, dear Antonius, is not in your Treasurer, but in yourself. 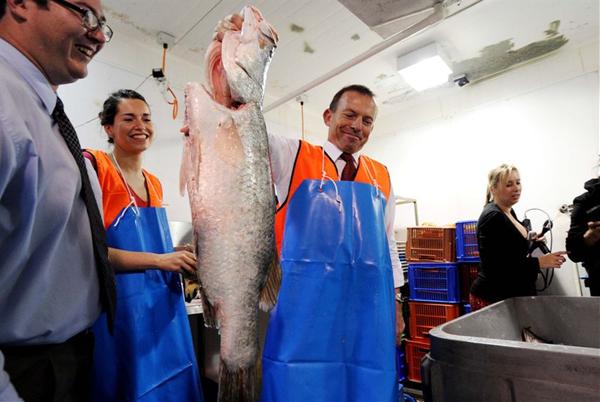 Posted by Andrew Catsaras at 17:07