Voters' verdict: Out of touch Abbott is worse than Gillard

A vitally important attribute for any leader of a nation is to have a deep understanding of its people and the nation at large.

For citizens to believe that their leader is out of touch with them and, in addition, doesn't understand the problems facing the nation, is a damning 'double whammy' criticism.

Yet that is exactly what the research is telling us the public feels about Tony Abbott.

Further, the voters believe that he is worse than Julia Gillard, thereby escalating this voter condemnation to 'triple whammy' status. 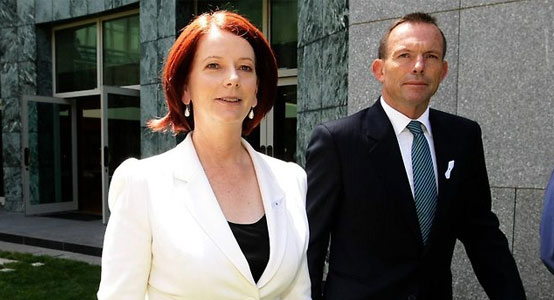 From when he became Opposition Leader in December 2009 until just after he was elected Prime Minister, an average of 53% of people believed Tony Abbott was "out of touch with ordinary people" and 48% believed that he "understands the problems facing Australia".

For just under four years, voters' impressions of Tony Abbott on these two measures were reasonably consistent.

However, after being elected his ratings deteriorated markedly, with an average of 65% of voters who believed he was "out of touch with ordinary people" and an average of 41% who believed that he "understands the problems facing Australia".

In other words, the public's view of Tony Abbott as Prime Minister was vastly different to their view of him as Opposition leader.

The graph below shows this sudden and dramatic change in voter opinion. (Click on any graph for enlarged version) 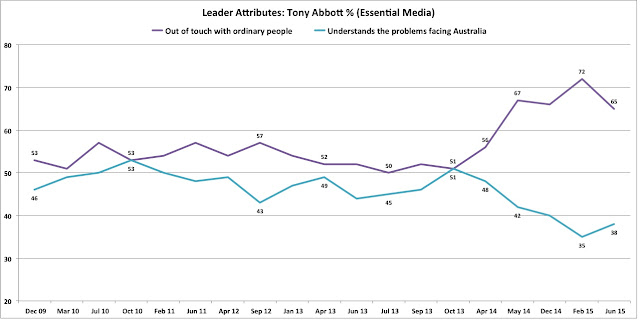 Significantly, Julia Gillard (the person Tony Abbott constantly berated for being out of touch and for not understanding the nation's problems) was rated better by the public on these measures than him.

Since the 2013 Federal Election (a period of 22 months), Essential Media has measured voter sentiment on Tony Abbott on six occasions.

This table illustrates the differences:

Graphically, the comparison is just as stark, as we see Julia Gillard consistently rated better on both measures than Tony Abbott (see graphs below). 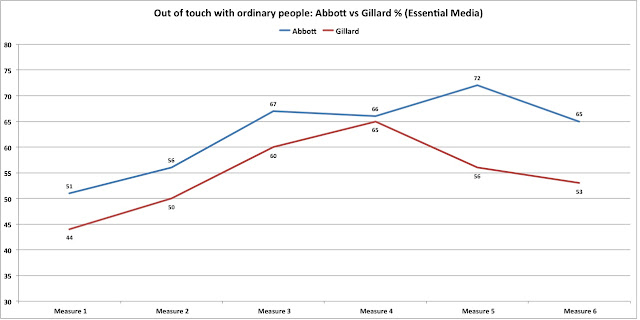 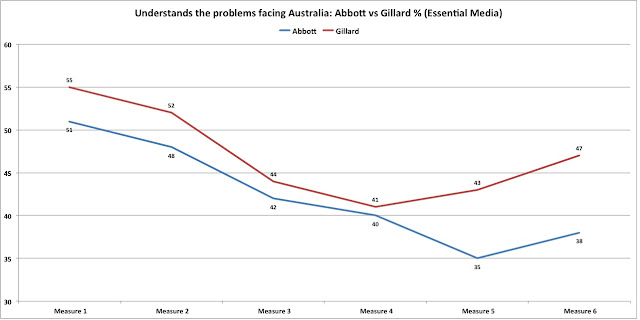 These figures and graphs speak for themselves.

For Tony Abbott be considered "out of touch with ordinary people" and to be thought not to "understand the problems facing Australia" and to be seen more poorly on these measures than Julia Gillard, is a powerful indictment on the Prime Minister.

And now, defending the indefensible with respect to Bronwyn Bishop's travels and travails will only reinforce this message from the voters: 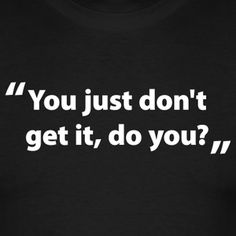 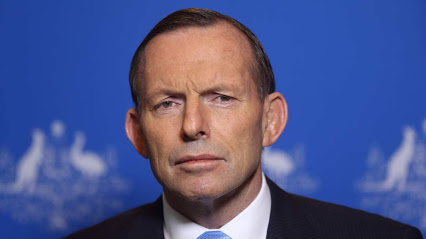 Posted by Andrew Catsaras at 13:08