Short and not very sweet

This one is short and not very sweet.

Nothing that occurs in politics surprises me. Nothing at all. But occasionally a few things disgust me.

Questioning the loyalty of ABC staff to Australia (and not for the first time) by Tony Abbott, is one such occasion.

His 'whose side are you on?' query was utterly contemptible and I suspect would have been extremely offensive and deeply hurtful to the thousands of ABC employees.

His query is what you'd expect from a self-absorbed third-rate student politician with delusions of grandeur, but not from someone who is supposed to be the leader of a nation.

He is not the emperor, or dictator, or absolute monarch of Australia. 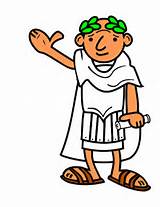 He is an elected official who serves the Australian people at our pleasure.

If he doesn't like the coverage of his government that the ABC provides; if it makes life uncomfortable for him - too bad.

It's the job of a quality independent media outlet like the ABC to speak truth to power, and the thousands of its employees whose character he impugned with his disgraceful question do an excellent job.

Rather than throwing a temper tantrum,

And then trying to bully the ABC with the language of a thug, 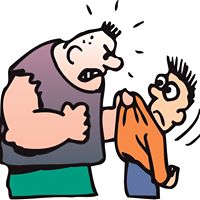 He should learn how a true leader of a democracy speaks about media coverage he doesn't like:

"I think it is invaluable, even though it is never pleasant to be reading things that are not agreeable news, but I would say that it is an invaluable arm of the Presidency, as a check really on what is going on in the administration, and more things come to my attention that cause me concern or give me information........even though we never like it, and even though we wish they didn't write it, and even though we disapprove, there isn't any doubt that we could not do the job at all in a free society without a very, very active press." JFK, 1962.

Take note, Prime Minister. That's how a grown up does it.