No doubt all Liberal Party Members and Senators have been sobered by recent poll results and are perhaps awaiting tomorrow's Newspoll to enlighten them as to what to do about the Liberal Party leadership.

If the choice is to be between Tony Abbott and Malcolm Turnbull, it might be instructive for them to know how both leaders compared on their Newspoll results when they were Opposition Leader. 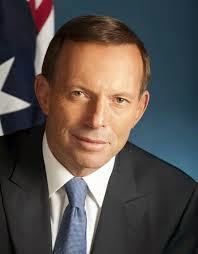 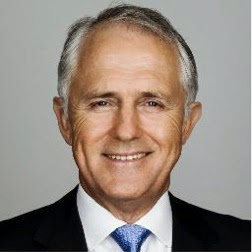 Malcolm Turnbull was Opposition Leader for about 14 months. The following comparisons are for his 14-month period in the job and for the first 14 months of Tony Abbott's tenure (which included the 2010 election).

The Coalition two party preferred vote under Abbott averaged 48% (including achieving 49.8% and nearly winning government in the 2010 election) and under Turnbull it averaged 44%.

Abbott's average satisfaction rate was 42% and Turnbull's was 40%.

On both measures Abbott performed better than Turnbull, and this was before the electoral benefit of the backlash against the Gillard Government following the announcement that it was going to introduce a price on carbon.

These graphs illustrate how that played out over 14 months (click on graphs to view enlarged versions). 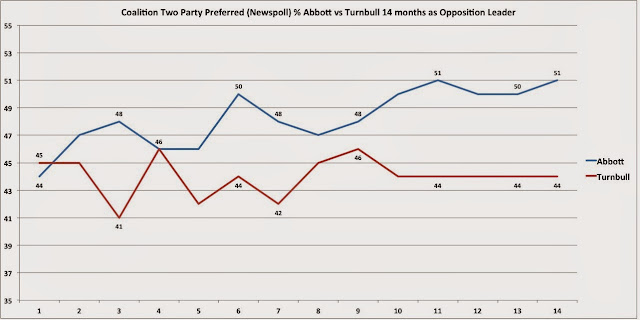 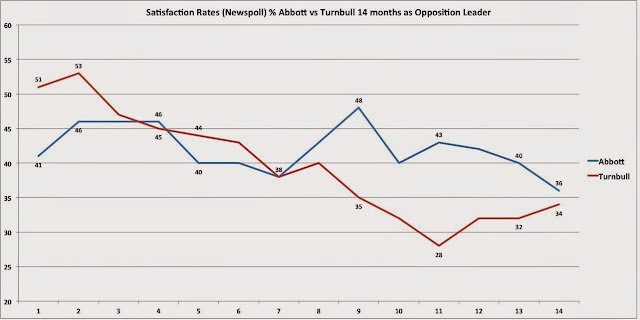 I suspect those contemplating a change to Malcolm Turnbull will be hoping that he performs much better as a prime minister than he did as an opposition leader. 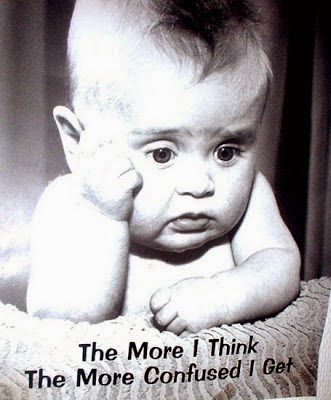 Posted by Andrew Catsaras at 11:22