A plan for Australia

"We will release our policies in good time before the next election." The familiar refrain from the 'clever' politician. Then, in truth, as little as possible is released before the election.

Politics 101: Say whatever is required to get elected and once in power you will be free to implement your agenda.

How well is that working out for the Abbott Government?

The Australian body politic has been scarred, and scared, by the 1993 'unlosable' election, in which the release of 'Fightback' by the Coalition Opposition well over a year before the election is believed to have doomed it to a fifth straight election loss. Since then the 'small target' strategy has been the one of choice.

Unfortunately, that strategy takes the public for fools and its use has not helped the progression of the nation. Hence we find ourselves in the current less than satisfactory situation.

How do we retrieve ourselves from this place?

Both major parties actually need to set an agenda for the nation that they present to the public when seeking election.  This starts with a clear vision for the nation and then a very clear plan on how that vision will be realised.

This is how they should approach it. 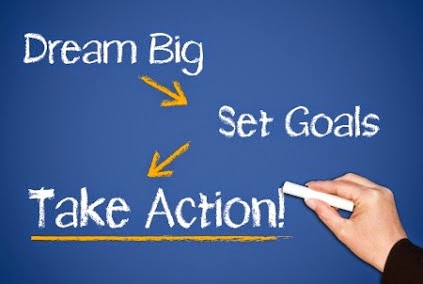 Before they embark on anything, the party and all its politicians need to be able to clearly articulate its philosophy.

What is the party's guiding philosophy?

If the politicians are struggling to come up with an answer, which would be a real problem but not a surprise, then they need to answer these questions first:

What do you believe in?  What values do you hold dear? Why did you enter politics?  What is it you wanted to achieve? Where do see the nation being in ten and twenty year's time?

These should not be difficult questions to answer and therefore the guiding philosophy of the party should reflect these answers and thus be very easy to describe.

From this a clear vision for the nation can be articulated.

Based on this vision, the policy development then takes place to implement it and should proceed as follows:

This would be an audit of the current situation in every area of government responsibility.

Clearly there have already been any number of reviews conducted in many portfolios and so it should not be too difficult to answer this question.  Indeed, one would think that if there were any decent "debate", the current situation in each portfolio would be all too clear.

Then based on the current position, the party would need to determine the objectives it would want to achieve in each of these government areas of responsibility in line with the party's vision.

This would be a three-step process:

Step 2 - consider the budget situation and what needs to be addressed in the financial portfolios of Treasury and Finance, namely how to deal with the structural problem of the Federal Government's budget.  That is, too much committed expenditure (over allocated in the good years of the last decade) and not enough revenue in the future to pay for it.

Step 3 - takes the final prioritised list of objectives following step 2 and proceeds with the "can achieve" objectives.  This is not an excuse to do nothing due to "budgetary constraints"; this is a realistic assessment of what is achievable given the current financial situation.

If the final list of "can achieve" objectives does not reflect any reasonable implementation of the party's vision, then you need to re-visit step 2 and re-prioritise and re-direct current spending and/or alter the current revenue sources (yes, change taxes if required - re visit the dusty pages of The Henry Tax Review) to meet the party's philosophical objectives.

Once determined in principle, these objectives should then be set out over a nine-year period (three terms).

That is, having clear and measurable objectives, regarding outcomes and expenditure, for each 3-year term of government, and each individual year within each 3-year term.

This is where the party outlines in detail the strategies it intends to employ to achieve those objectives over the short, medium and long term.

The implementation phase is the most critical.

The key objectives should have comprehensive strategies developed that are well thought out and debated within the party and without, to ensure that the best implementation process will be employed.

They should be clearly articulated in detail on a website (subject to any genuine commercial in confidence issues) and advertised in the press (using party funds) with the theme:  this is what we are intending to do over the next year, 2 years, 3 years and if you are happy with those results, re-elect us and then we could implement stage two over years 4, 5 and 6 in the second term, and if happy again, re-elect us again, and we could implement stage three over years 7, 8 and 9.

Then the communication strategy, which so dominates our current political process, would be driven by the guiding vision of the party and would explain to the public, cohesively and comprehensively, what you are intending to achieve and why - rather than responding every day to whatever the 'issue du jour' determines

If elected, the agenda is clear and your task would be to implement the strategies outlined with great commitment and enthusiasm.  The communication strategy would then be to convey to the public how the implementation is progressing and what changes, if any, needed to be made.

Obviously, over time, circumstances do change and therefore the objectives and strategies would also change, so it wouldn't be a static process. However, this approach would see an honest, straightforward and clear agenda for all to see and judge.

THAT is how you develop a plan for the nation.

Does anyone remember anything remotely like that in the last federal election?

Something for the Australian political world to think about?

Posted by Andrew Catsaras at 13:01