Colleagues and scholars from coast to coast, across Bass Strait and all the ships at sea.
Dateline: Australia, Federal Politics 2012.
Following the results of the Queensland state election it was reported that Coalition strategists were very confident of winning at least five federal Queensland seats currently held by the ALP, and quite possibly all eight, in the next federal election.
I wonder if these were the same Coalition strategists who advised Peter Dutton in 2009, following a re-distribution, that he could not win the seat of Dickson in the up coming 2010 election (which led him to unsuccessfully seek pre-selection in the "safer" seat of McPherson) only to then be returned in Dickson at the 2010 election with a swing to him of nearly 6%?
Presumptive pronouncements and confident predictions are common in politics, however, they are very often wrong.
The most ridiculous has been, following the NSW and now Queensland state elections, that this is the end of the ALP, not only in those states but also across the nation.
Yet, it was only in 2007 - when the ALP won the federal election and held power in every state and territory and Campbell Newman (remember him?), as Lord Mayor of Brisbane, was the highest Coalition office holder in the nation - that we were told it was the end of the Liberal-National Coalition.
Such pronouncements are as common as they are foolish.
The following observations, which I have made previously, illustrate this point and are worth revisiting:
In 1972, following the election of the Whitlam Labor Government, we were told that the 1970s was to be the decade of Labor; yet within three years the ALP was again out of office defeated by Malcolm Fraser's Coalition.
In 1975, following the landslide victory by the Coalition, we were told that federally the ALP would again be out of power for a generation (referring to the 23 year period from 1949 - 1972 that the Coalition was in power); yet within five years Bill Hayden came very close to winning in 1980 and Bob Hawke did win a landslide victory in 1983.
In 1990 we were told that no federal government could win an election with interest rates at 17 per cent; yet the ALP won.
In 1993 we were told that no federal government could win an election with unemployment over 10 per cent; yet again the ALP won.
Following the 1993 federal election we were told that the ALP would now be in power for two terms as the economy was recovering well; yet John Howard won a landslide victory in 1996.
Following the 1996 federal election we were told that the ALP had no hope of winning for many years and that the Howard Government would be unassailable; yet in 1998 the ALP achieved 51 per cent of the two party preferred vote and came very close to winning.
Perversely, we were simultaneously told that no government could win an election proposing a new tax; yet in 1998 the Howard Government did just that.
In 2004, when the ALP lost its fourth federal election in a row, we were told that it would be two terms (and maybe several more) before the ALP would be competitive again; yet in 2007 they went on to win in a landslide.
Then in 2007 we were told that it was the end of the Liberal-National Coalition: yes, this is where we started.
Is there a pattern emerging?
At a state level such pronouncements are equally as common and just as foolish.
In 1976 the ALP "brand" (the term was not used then, but the inference was there) was so terminally damaged, following the federal events of 1975, that it would be very hard for the ALP to win an election anywhere.
Yet in May 1976, six months following the dismissal, Neville Wran's ALP recorded a 6.8 per cent primary vote swing to defeat the NSW Coalition Government.
In December 1976, almost twelve months to the date of the 1975 federal election, the Tasmanian ALP Government was returned, in a state where all five federal seats had been lost by the ALP to the Coalition only one year before.
In September 1977, only three months before Malcolm Fraser's Coalition won another massive federal election victory over the ALP, Don Dunstan's ALP achieved a 5% swing to go from being a minority government to a majority government in South Australia.
In 1981, the ALP Wran Government in NSW won the second of its "Wranslides" recording 58.7 per cent of the two party preferred vote and 70 per cent of the seats in the Legislative Assembly, this, we were told, would make the NSW Coalition similar to the Queensland ALP: electoral non-performers (without the gerrymander).
Yet in 1984, Nick Griener's Coalition recorded a 6.3 per cent two party preferred swing and in 1988 a further 8.4 per cent two party preferred swing to win an historic victory with 56 per cent of the two party preferred vote.
As for those electoral non-performers, the Queensland ALP, they won an historic victory in 1989 under Wayne Goss, recording 54.3 per cent of the two party preferred vote and claiming 60 per cent of the seats in the Legislative Assembly, which led to a period where the ALP was in power for 20 of the next 22 years.
What does this suggest?
To leave the predictions to the soothsayers, fortune tellers and snake charmers.
The two party version of democracy practised in Australia works very well and the major political parties are a great deal more resilient than they are given credit.
Nearly forty years of misguided pronouncements is the proof. 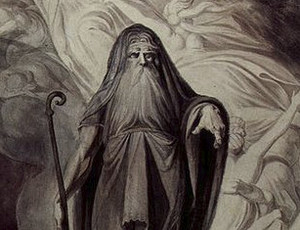 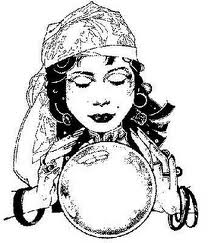 Posted by Andrew Catsaras at 15:16