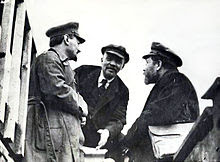 2. The infamous cabinet meeting in which Kostellovich pushed for the ETS to become policy (Hovardski and Abbottskivich are present): 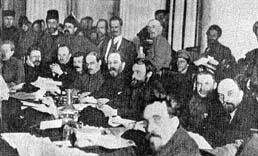 3a. Dr. Peter Shergold, the man whose report Hovardski relied on to adopt an ETS as Coalition policy: 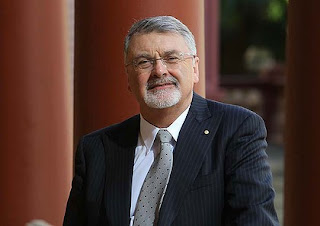 3b. Looks far, far too much like this man for our liking, Mr. Lev Davidovich Bronstein aka Leon Trotsky, who we believe was substituted for Dr. Shergold: 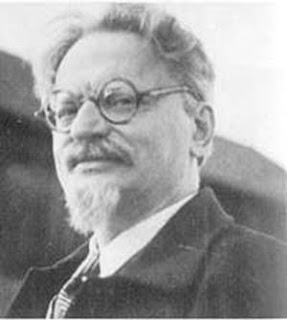 4a. This activity undertaken regularly by Abbottskivich in the early mornings: 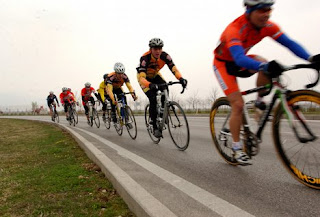 4b. Looks very much like this activity employed by communists: 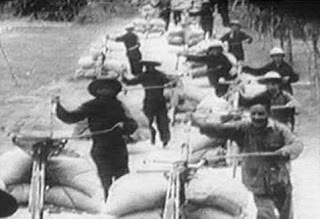 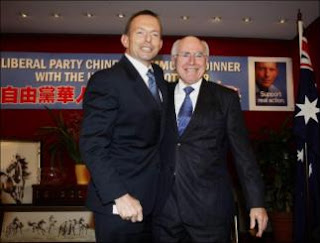 6a.  Piroshkis, which we believe were prepared by Comrade Kostellovich for the infamous cabinet meeting proposing an ETS in 2003. 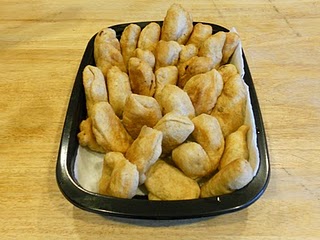 6b.  Borscht, the favourite dish of Comrade Hovardski, eaten at that infamous cabinet meeting in 2003.  Think the red colour is a coincidence? 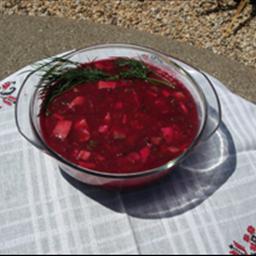 6c. A bottle of vodka similar to those traded by Turnbullov. 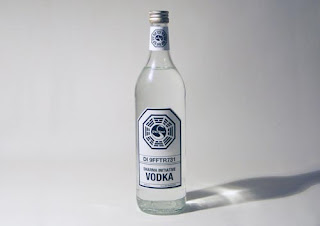 6d. Beluga caviar similar to that traded by Turnbullov. 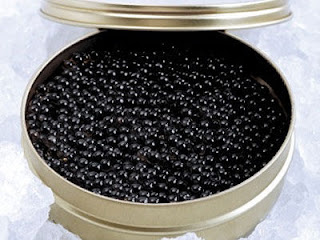 Exhibit B: Documentary evidence of the communist carbon conspiracy.
Highly secret internal government documents, uncovered after an exhaustive thirty seconds on the internet, show that Dr. Martin Parkinson, the current Treasury Secretary, exposed the long standing conspiracy in The Sir Leslie Melville lecture, "Climate Change and the Australian Reform Agenda" Australian National University, 28 June 2010 (full text here).
An extract reads:
"The debate over the use of an economic instrument to manage Australia’s emissions now has a history stretching as far back as the Keating Government.
In 1995, Senator John Faulkner, then-Minister for the Environment, had proposed that the Government consider a low-level carbon levy, set at $1.25 a tonne. However, it faced strong opposition and was put aside, with the Government instead introducing the Greenhouse Challenge Scheme for voluntary participation by industry.
In 1999, at the instigation of Senator Robert Hill, then-Environment Minister in the Howard Government, the Australian Greenhouse Office released a series of four discussion papers over design aspects of a possible ETS.
This was the first detailed exposition of what a carbon price mechanism might entail. While there was an expectation that these papers would be followed by further policy work leading to the implementation of an emissions trading scheme, the Government decided in 2000 not to proceed any further.
In 2002, the Australian Greenhouse Office released a final paper on emissions trading to inform the Council of Australian Governments Energy Market Review. That review, chaired by Warwick Parer, the former Minister for Energy and Resources in the Howard Government, recommended the introduction of a national ETS and the removal of other measures.
In 2003, an ETS proposal was taken to Cabinet again, with the support of four ministers and sponsored by the then-Treasurer Peter Costello, but again the decision was taken not to proceed.
Partly as a result, in 2004, the eight state and territory governments jointly established a Taskforce to develop a national ETS design. The National Emissions Trading Taskforce released two discussion papers and maintained an ongoing dialogue with stakeholders over possible scheme design from 2005 to 2007, before providing a final report to the Garnaut Review in December 2007.
That work provided a strong platform of initial scheme design, economic analysis, and key stakeholder understanding that supported the next steps by the Australian Government.
In 2006, the Howard Government commissioned a Task Group headed by Peter Shergold, the Secretary of the Department of Prime Minister and Cabinet, to reconsider the possibility of an ETS for Australia. The Shergold Report was released in May 2007, and on 3 June 2007, Prime Minister Howard announced that his Government would introduce an ETS no later than 2012.
This meant that both major parties took an ETS to the 2007 election as formal policy platform."
Where to now?
Citizens, from the photographic and documentary evidence, it is abundantly clear how this conspiracy developed, how long the plan has been hatching and in what perilous danger Australia truly is.  The evidence is overwhelming.
It is not the ALP, the Greens and the Independents who are a threat to our way of life; they are merely a front for the real red menace - the Liberal National Coalition.
Only a man like this can now save us from this terrible fate! 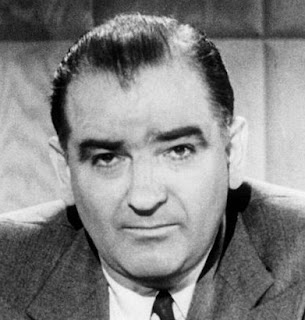