My word there's been some shirking coming from the Prime Minister.

Expecting the states to get together in a room and work out the GST conflict like 'adults' is the most recent in many examples of an abrogation of his responsibility.

Coupled with the endless whingeing about how hard the job is, does him no credit, and serves the nation poorly.

Yes, I suspect he can continue down this path - whingeing and moaning and bitching and groaning - blaming the opposition, the Senate, the state premiers, the ABC, lack of support from business, union bosses, the local pet-shop galah and anyone else he believes is responsible for his troubles; or he can choose a different path, one espoused by the 33rd President of the United States, Harry S. Truman: 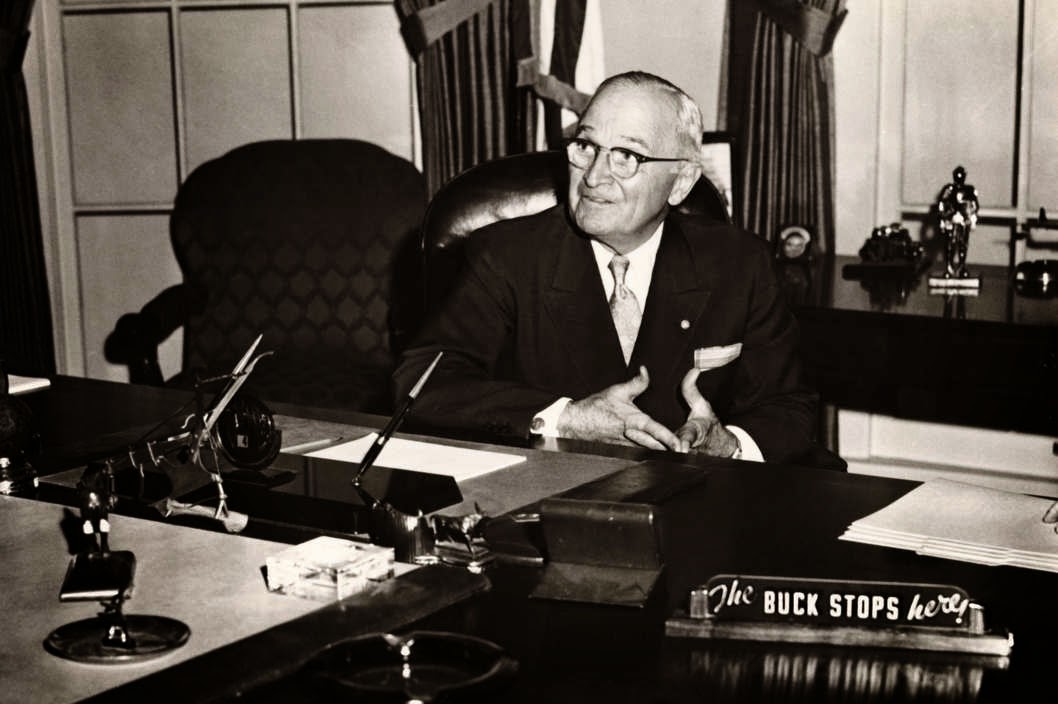 The choice is his (unless, of course, he wants to shift responsibility for that decision, too).
Posted by Andrew Catsaras at 11:24