A profile in political courage

In the last few days, since the re-election of the Baird Government in NSW and the release of the Federal Government's 'tax paper', there's been much discussion about political courage. Much of it misinformed and somewhat exaggerated.

Without question, the finest example of political courage in Australia's history occurred over 60 years ago and it was displayed by Dr. Herbert Vere Evatt, the leader of the ALP.

Referendum for the dissolution of the Communist Party, 22 September 1951 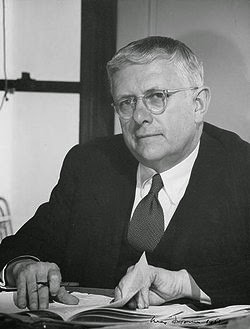 The question, "Do you approve of the proposed law for the alteration of the Constitution entitled 'Constitution Alteration (Powers to deal with Communists and Communism) 1951'?"

Fear campaigns are not rare in politics.  They are used all the time.  What is rare is a political leader who is prepared to stare down a fear campaign and win over the public despite seemingly overwhelming odds against success.

Dr HV Evatt of the Australian Labor Party was one such leader and the fear campaign he confronted was arguably of the biggest of all time - the fear of communism in the early 1950's.

At that time communism terrified the western world, and Australia was no exception. 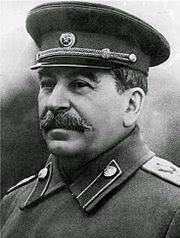 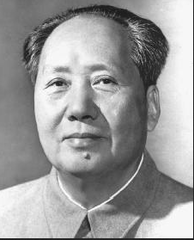 The Cold War was in full swing with the Berlin Blockade having occurred over 1948 and 1949, and a hot war, the Korean War, having commenced in June 1950.

Robert Menzies, leader of the Coalition, adroitly used the fear of communism as a political tool to wedge the ALP and shift voters over to support the Coalition. 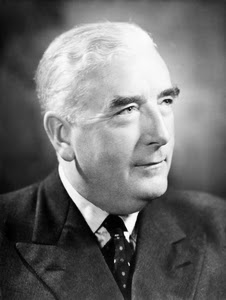 Malcolm Fraser years later said of the Bill, "The Communist Party Dissolution Bill was one of the most draconian ever introduced into an Australian parliament - at least until the Howard government's anti-terrorism legislation."

Evatt believed the Bill was "the apotheosis of tyranny" which said, in effect "You are secretary of a trade union.  By the power of the Government to 'declare', you hold your office at the pleasure of the Government of the day."

Ben Chifley, leader of the ALP, said of the Bill, 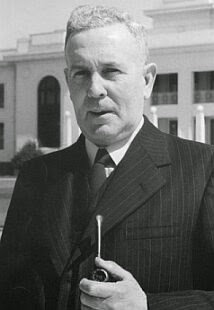 "I am the descendant of a race that fought a long and bitter fight against perjurers, pimps and liars and I should be very ashamed to stand for any principle that did not give the ordinary men and women of the community the rights to know what they are charged with, the right to defend themselves and the right to have their case heard in public...To ruin a man's reputation by calling him a traitor without giving him a right of appeal seems to me to be a departure from the principles, not only of British and American justice but of natural justice."

The ALP, after initially announcing it would vote against the Bill, was directed by its federal executive to support it, even though it was detested by Evatt and Chifley.

Jenny Hocking in Gough Whitlam A Moment in History, explains the fallout from the federal executive's direction to switch the party's position, 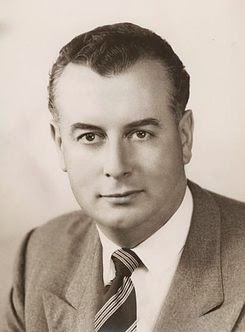 "Chifley wore the public dismay and weathered the political derision, instructing caucus members to pass the Bill that was an absolute anathema to him, to Evatt and to so many of their colleagues.  He entreated his colleagues for unity with the prophetic words: 'Those of you who opposed the switch must take your humiliation on the chin.....Accept your humiliation and we can go forward; recriminate and we shall split.'  Gough Whitlam saw Chifley's torment: 'That broke Chifley's heart because Chifley was a good Labor man and a good trade unionist and he opposed the Communist Party Dissolution Bill.'  Five weeks after this Chifley suffered a major heart attack, the first sign of an illness that would later take his life just months later."

"The Communist Party Dissolution Act was not even gazetted before it became the subject of an historic challenge before the High Court.  To the astonishment, dismay and admiration of ALP caucus members, the challenge was led by their deputy leader, Dr HV Evatt, appearing on behalf of the Waterside Workers' Federation.  The Commonwealth government's case was to be led by Garfield Barwick KC.  In March 1951 the court handed down its resounding 6 to 1 decision against the government, a stunning victory for Evatt and an outcome considered the most significant in the court's history."

"The High Court's decision infuriated the Prime Minister, who vowed to continue nevertheless: 'this is not the end of the fight against communism, it is merely the beginning'"

Menzies then called and won an election in April 1951, following which he proceeded to put the question of banning the Communist Party to the people in a referendum.

Support in favour of the referendum was very strong and according to a Gallup poll stood as high as 80 per cent.  Evatt now leader of the ALP, with the death of Chifley in June 1951, was opposed to the referendum question.

"Once again it was Doc Evatt who campaigned tirelessly around the country, this time arguing against the referendum that in many ways was a deeper and more dangerous assault on the liberties even than the Communist Party Dissolution Act itself.  The campaign against the referendum was the most bitter fought - and the least likely to succeed - in Australia's history, requiring a shift from a massive popular support for the government's proposal when the referendum had first been announced to achieve the narrowest of victories for the 'No' case". (Hocking) 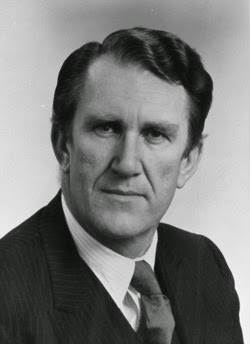 "The referendum was narrowly defeated after an enormously vigorous campaign by Evatt and the Labor Party.  The Menzies government had not succeeded in convincing the Australian people that communism was a threat sufficient to justify the undermining of their civil rights."

"In recent times, Fraser has said that Evatt was right - very right indeed - to oppose and campaign against the Communist Party Dissolution Bill. 'He won rightly.  It was much to his credit; it said a great deal about principle and his readiness to support principles.  Where do we see such courage today, such determination?  Perhaps this is why bad policy has assumed a dominance in certain areas'"

Former High Court Justice Michael Kirby also commented on how Evatt had fought the communism referendum in 1951, and won, despite all the opinion polls which told him that his cause was hopeless and doomed to failure. 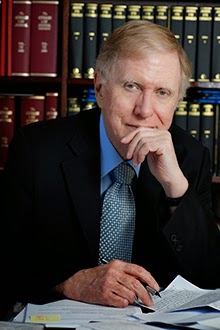 "In 1951, at the height of the Cold War, the Menzies Government proposed an amendment to the Australian Constitution to give sweeping powers to the government to ban communists and communism. The measure smacked of McCarthyism.  Dr Evatt, as Leader of the Opposition, saw it as an attack on fundamental human rights. The way to beat communism was by persuasion, not by using autocratic communistic methods."

"At the opening of the referendum campaign, the opinion polls showed 80% of the Australian public supported the Menzies proposal. Many members in Dr Evatt's own Party urged him to back off.  Those who followed opinion polls would never have taken his stand.  But he was convinced of the importance of the principles at stake.  By a heroic campaign he ultimately persuaded the Australian people to reject the amendment to their Constitution.  It was his finest hour as an Australian leader."

"The lesson for today's politicians who follow countless opinion polls and surveys is clear.  The business of politics is properly that of leading the community, not twisting in the wind to transient public opinion.  Evatt may have been a difficult man. But he knew that in the end, history would vindicate adherence to principle. He rightly told his colleagues in Canberra that it was more important to defeat the referendum than to win two or three Federal elections."

"We need more politicians of such principle.  They should say what they truly believe.  Personally, I would consign political pollsters to Pinchgut.  They have taken over political thinking in this country.  All too often they hold our political 'leaders' as hostages.  Politicians of all political parties should study Evatt's stand of principle on the proposal to outlaw communists.  We need more leadership of that quality in Australia and fewer pundits and pollsters."

Sort of puts 'poles and wires' and possible changes to the GST into perspective, don't you think?

Posted by Andrew Catsaras at 15:03