What did the President know?

Last week saw the passing of a remarkable U.S. politician, Howard Baker, who uttered the immortal question at the Watergate Hearings in 1973:

"What did the President know and when did he know it?" 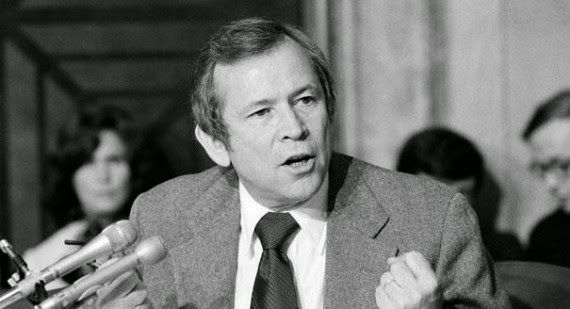 His passing was also discussed on The PBS NewsHour by Judy Woodruff, syndicated columnist Mark Shields, and Ramesh Ponnuru of The National Review. 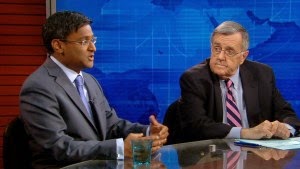 JUDY WOODRUFF: Last thing I want to ask both of you about is someone who really was a giant when he served in the United States Senate. That’s Howard Baker, the Senate majority leader. He died this week, Mark, at the age of 88, and a remarkable legacy.

Judy, before Twitter and texting and all-news cable, there were about three dozen people who — mostly males — who used cover national politics. And late at night over drinks on the campaign trail, when people let their hair down, this leftist press corps almost overwhelmingly — not overwhelmingly — certainly a majority would say, if they could pick a president, it would be Howard Baker.

He was a man of intellectual honesty, a man of incredible demeanor. He had no enemies list. He liked politics. He was very good at it, and he had a core. And I just — I think he would have made a terrific president. He was just a remarkable public servant. He saved Ronald Reagan’s presidency.

JUDY WOODRUFF: As White House chief of staff after he left the Senate.

MARK SHIELDS: White House chief of staff after he resigned — after he retired from the Senate.

JUDY WOODRUFF: Ramesh, he made a name for himself during the Watergate hearings back in the 1970s, but then went on to serve for so many years after that.

And he did come into the Reagan White House at a time the White House was very beleaguered and helped have a successful end to that administration. But the Watergate hearings, what is so refreshing about it, looking back, is that here it’s — it’s normal. We’re totally used to the opposition party going after a president based on a scandal.

But here you had somebody from the president’s party holding him accountable. And that’s something you don’t see.

JUDY WOODRUFF: He was a remarkable man.

JUDY WOODRUFF: What did you say?

Posted by Andrew Catsaras at 15:44