As we prepare to mark the 70th anniversary of the D-Day landings, it is worth reflecting on the words of veteran U.S. broadcaster, Tom Brokaw, who coined the term "The Greatest Generation" to describe the generation who grew up in the United States during the deprivation of the Great Depression and then went on to fight in World War 2. 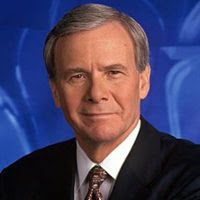 "In the spring of 1984, I went to the northwest of France, to Normandy, to prepare an NBC documentary on the fortieth anniversary of D-Day, the massive and daring Allied invasion of Europe that marked the beginning of the end of Adolf Hitler's Third Reich. There, I underwent a life-changing experience. As I walked the beaches with the American veterans who had returned for this anniversary, men in their sixties and seventies, and listened to their stories, I was deeply moved and profoundly grateful for all they had done. Ten years later, I returned to Normandy for the fiftieth anniversary of the invasion, and by then I had come to understand what this generation of Americans meant to history. It is, I believe, the greatest generation any society has ever produced."
"At a time in their lives when their days and nights should have been filled with innocent adventure, love, and the lessons of the workaday world, they were fighting in the most primitive conditions possible across the bloodied landscape of France, Belgium, Italy, Austria, and the coral islands of the Pacific. They answered the call to save the world from the two most powerful and ruthless military machines ever assembled, instruments of conquest in the hands of fascist maniacs. They faced great odds and a late start, but they did not protest. They succeeded on every front. They won the war; they saved the world. They came home to joyous and short-lived celebrations and immediately began the task of rebuilding their lives and the world they wanted. They married in record numbers and gave birth to another distinctive generation, the Baby Boomers. A grateful nation made it possible for more of them to attend college than any society had ever educated, anywhere. They gave the world new science, literature, art, industry, and economic strength unparalleled in the long curve of history. As they now reach the twilight of their adventurous and productive lives, they remain, for the most part, exceptionally modest. They have so many stories to tell, stories that in many cases they have never told before, because in a deep sense they didn't think that what they were doing was that special, because everyone else was doing it too."

This view, I've no doubt, would be widespread throughout the world.

Here in Australia, we mark the service of this generation every April 25th and November 11th; we build monuments to recognise their sacrifice; we revere them; we greatly value their efforts.

Our collective effort as a generation is summed up perfectly by John Young, astronaut on Apollo 10 and 16: 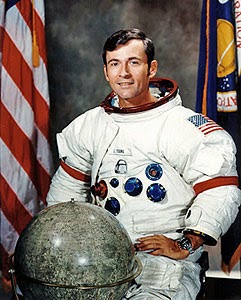 "We ought to be looking out for our kids and our grandkids, and what are we worrying about? The price of a gallon of gasoline. That's awful!"

As we today look back respectfully and gratefully at the "Greatest Generation"; will future generations, in equal measure, look back on us contemptibly and disdainfully, and label us the "Worst Generation?"

A most disturbing epitaph.

Posted by Andrew Catsaras at 17:23