"There are, in fact, two things: science and opinion; the former begets knowledge, the latter ignorance." Hippocrates

Whenever discussions about climate change take place, a question that is often asked by the knowledgeable and ignorant alike is: "What's the worst thing that can happen?"

While the question is the same, it's the intonation that tells us whether it's motivated by genuine concern or smug arrogance.

So what's the worst thing that can happen?

While almost all of us would never have considered this possibility; our home planet, the Earth 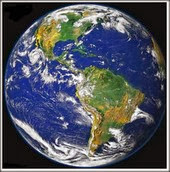 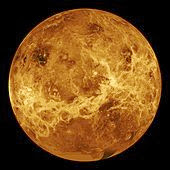 Two legendary scientists, Carl Sagan and Stephen Hawking, explain how this is possible. First in 1980 from the TV series Cosmos:

"The reason Venus is like Hell seems to be what's called the greenhouse effect.

Ordinary visible sunlight penetrates the clouds and heats the surface, but the dense atmosphere blankets the surface and prevents it from cooling off to space. An atmosphere 90 times as dense as ours, made of carbon dioxide, water vapour and other gasses, lets in visible light from the Sun but will not let out the infrared light radiated by the surface. So the temperature rises until the infrared radiation trickling out to space just balances the sunlight reaching the surface.

The greenhouse effect can make an Earth-like world into a planetary inferno.

In this cauldron there is not likely to be anything alive, even creatures very different from us. Organic and other conceivable biological molecules would simply fall to pieces.

The hell of Venus is in stark contrast with the comparative heaven of its neighbouring world, our little planetary home: the Earth.

Here the atmosphere is 90 times thinner, here the carbon dioxide and water vapour make a modest greenhouse effect which heats the ground above the freezing point of water. Without it, our oceans would be frozen solid.

A little greenhouse effect is a good thing.

But Venus is an ominous reminder that on a world rather like the Earth, things can go wrong. There is no guarantee that our planet will always be so hospitable. To maintain this clement world we must understand it and appreciate it."

Then in 1990 as part of an update to the original series:

"Since this series was first broadcast (1980), the dangers of the increasing greenhouse effect have become much more clear. We burn fossil fuels like coal and gas and petroleum, putting more carbon dioxide into the atmosphere and thereby heating the Earth.

The hellish conditions on Venus are a reminder that this is serious business. Our nearest neighbour is a stark warning on the possible fate of an Earth-like world.

The world scientific community has begun to sound the alarm about the grave dangers posed by greenhouse warming, and we are taking some mitigating steps, but those steps are too small and too slow. 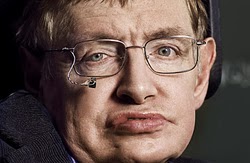 "Life on Earth is possible only because a number of parameters lie in certain very narrow ranges. Some of these are clearly environmental, like the Earth has the right temperature and pressure to have liquid water.

One of the most serious consequences of our actions is global warming brought about by rising levels of carbon dioxide from the burning of fossil fuels. The danger is that the temperature increase might become self-sustaining, if it has not done so already.

Drought and de-forestation are reducing the amount of carbon dioxide re-cycled into the atmosphere and the warming of the seas may trigger the release of large quantities of CO2 trapped on the ocean floor. In addition, the melting of the Arctic and Antarctic ice sheets will reduce the amount of solar energy reflected back into space and so increase the temperature further.

We don't know where the global warming will stop, but the worst-case scenario is that Earth will become like its sister planet Venus with a temperature of 250 centigrade and raining sulphuric acid.

The human race could not survive in those conditions."

"As we stand at the brink of a period of unprecedented climate change, scientists have a special responsibility to inform the public and to advise leaders about the perils that humanity faces.

As scientists we are learning how human activities and technologies are affecting climate systems in ways that may forever change life on Earth.

As citizens of the world we have a duty to share that knowledge.

Heavenly visions of the surface of the Earth:

Hellish vision of the surface of Venus:

This photo of the surface of Venus was taken by the Soviet Union's Venera 13 spacecraft on March 1, 1982. The spacecraft lasted only two hours on the surface before frying in the hellish conditions.

And now, a final word from another legend:

"This is our planet: planet Earth. It contains an astonishing variety of landscapes and climates. Since life began, around 4,000 million years ago, it has gone through extraordinary changes in its climate and in the species that live on it. But it now seems that our planet is being transformed - not by natural events, but the actions of one species: mankind."

"In the past we didn't understand the effect of our actions. Unknowingly, we sowed the wind and now, literally, we are reaping the whirlwind. But we no longer have that excuse: now we do recognise the consequences of our behaviour. Now surely, we must act to reform it: individually and collectively; nationally and internationally - or we doom future generations to catastrophe." 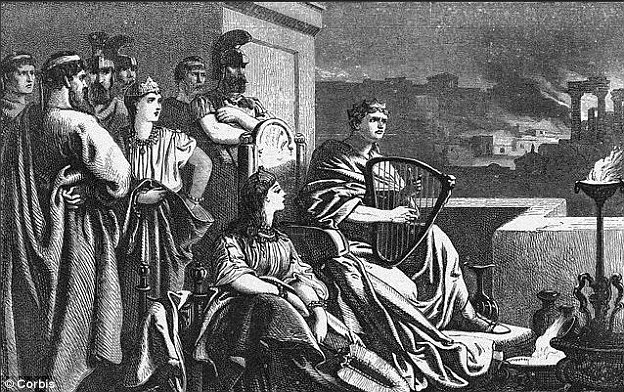 Posted by Andrew Catsaras at 15:02