Today, November 20, is Robert F. Kennedy's birthday. He would have turned 88.

Bobby Kennedy touched people deeply in a way that only true leaders can.

When he spoke: people listened, people believed in him, people embraced him, people followed him. 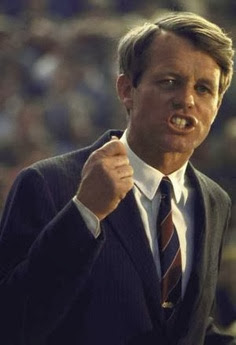 It's no accident that it was Bobby Kennedy who was able to calm an agitated and angry crowd in the heart of an African-American ghetto in Indianapolis on the night that the Reverend Dr. Martin Luther King Jr. was assassinated, helping mightily to make Indianapolis one of the very few cities in the United States that did not explode into violence that night.

You can view that speech here. It is truly remarkable.

Another example of why Bobby Kennedy moved people so much, is this excerpt from an extraordinary speech that he gave at the University of Kansas on March 18, 1968:

"Even if we act to erase material poverty, there is another greater task, it is to confront the poverty of satisfaction - purpose and dignity - that afflicts us all.

Too much and for too long, we seemed to have surrendered personal excellence and community values in the mere accumulation of material things.

It counts special locks for our doors and the jails for the people who break them. It counts the destruction of the redwood and the loss of our natural wonder in chaotic sprawl.

It counts napalm and it counts nuclear warheads and armoured cars for the police to fight the riots in our cities. It counts Whitman's rifle and Speck's knife, and the television programs which glorify violence in order to sell toys to our children.

Yet the Gross National Product does not allow for the health of our children, the quality of their education or the joy of their play. It does not include the beauty of our poetry or the strength of our marriages, the intelligence of our public debate or the integrity of our public officials.

And it can tell us everything about America except why we are proud that we are Americans.

If this is true here at home, so it is true elsewhere in the world."

Listen to the audio of that excerpt here and feel the emotion in his voice.

It's not surprising then that people flocked to him in such huge numbers (see photos below).

Senator Ted Kennedy put it beautifully in the final line of his eulogy for his brother Bobby: 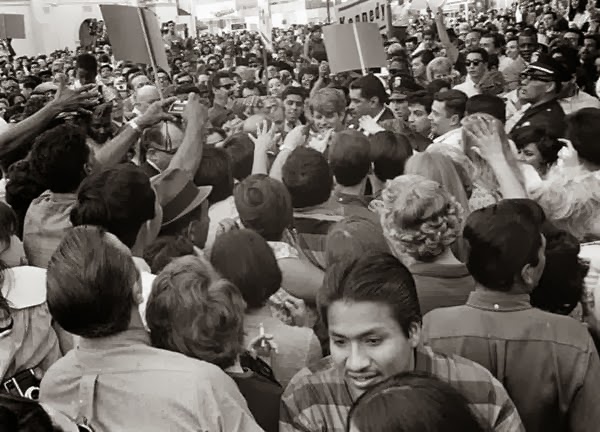 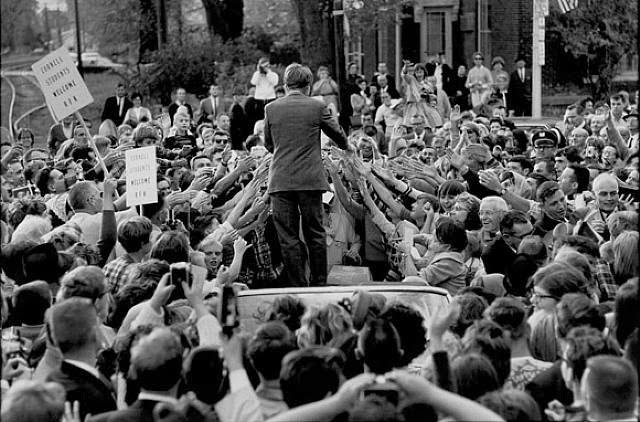 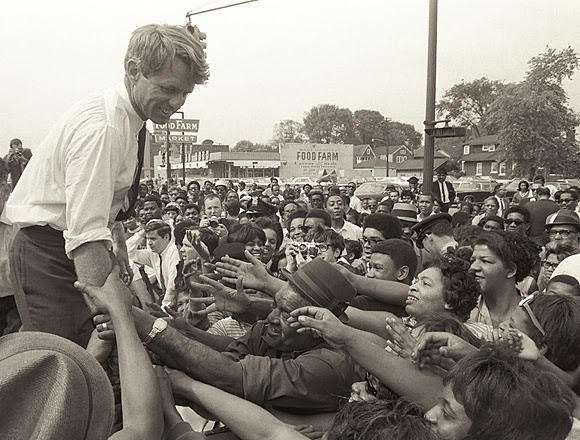 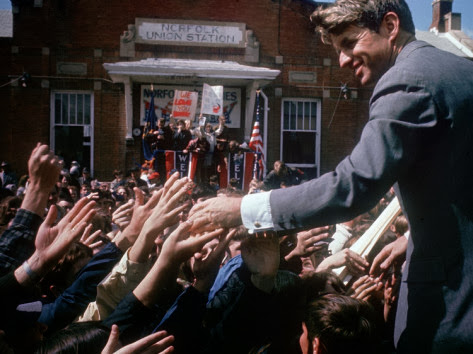 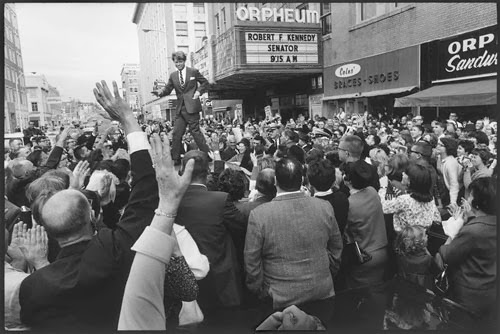 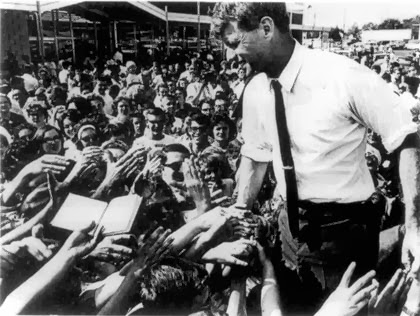 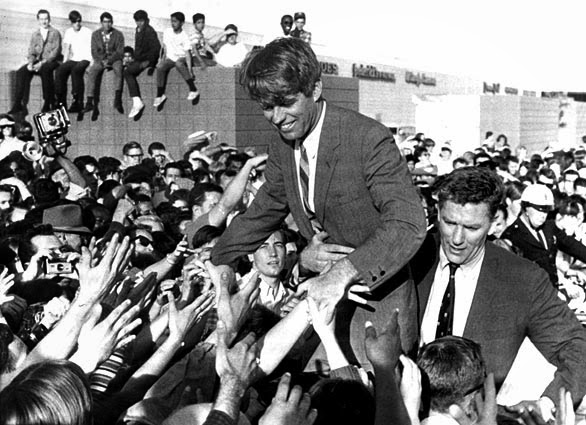 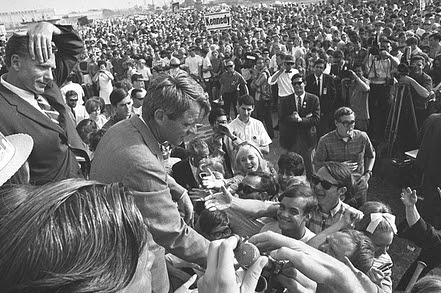 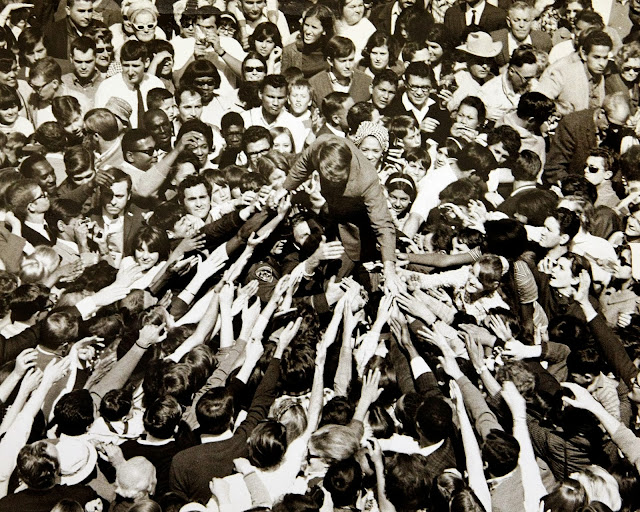