October 28, 2015, marked 75 years since the original "No!" day. This is a very famous day in the history of the Greek nation. A national day of Greek defiance. 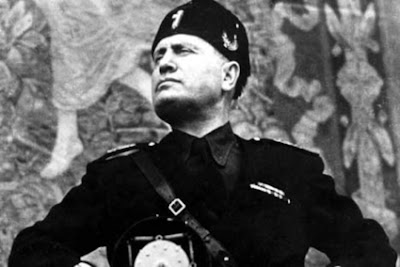 His ally Adolf Hitler had conquered most of Europe and Mussolini wanted to show his forces were the equals of the Germans.  So he decided to invade Greece, at the time a nation of seven million people.

Mussolini told his Foreign Minister, Count Ciano, "Hitler always faces me with a fait accompli.  This time I am going to pay him back in his own coin.  He will find out from the papers that I have occupied Greece."

Mussolini wanted to invade Greece through its neighbour Albania, which Italy had been occupying since 1939.

At 4.30am of October 28 1940, he gave the Greek leader Ioannis Metaxas an ultimatum that he wanted an unconditional surrender from Greece otherwise he would declare war and invade the country. 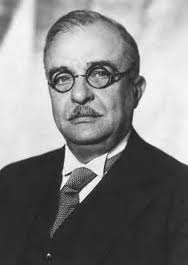 Metaxas responded with an unequivocal and emphatic "Οχι!" which is pronounced "och-hee" and translates as "NO!"

Within two hours, five heavily armed Italian divisions invaded Greece from Albania.  Italy had a much stronger army, navy and air force than Greece and so a quick victory was expected by Mussolini.

However, Metaxas's response of NO! to Mussolini became a rallying cry for the Greeks.  Far from being overwhelmed, the Greek forces drove the Italians back deep into Albania and continued to pursue them with great enthusiasm liberating one-third of Albania from the Fascist Italian rule.

Mussolini, after replacing the commanding generals of his forces several times, assumed command of the campaign himself, but to no avail.  His counter-attacks proved fruitless and there was even concern that the Greeks would cross the Adriatic Sea and invade Italy itself.

After a five-month campaign Greece had succeeded in defeating the Italian forces.  It was the first land defeat for the Axis powers in World War 2 and the first liberation of territory under Axis rule. 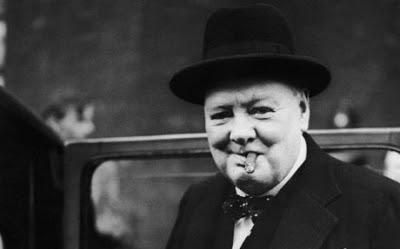 Adolf Hitler was outraged and because of the Italian defeat the Germans were compelled to capture the Balkans and Greece.

On April 6, 1941, the Nazis forces invaded Greece.  The Greeks with their allies from Britain, Australia and New Zealand were overwhelmed by the invading Nazi force and following a five-week campaign, which included an airborne invasion of Crete, Greece was defeated and occupied by the German army.

Historians believe that the Greek victory over the Italian forces may have influenced the outcome of World War 2 by forcing Germany to delay its invasion of the Soviet Union by at least six weeks in order to undertake the invasion and defeat of Greece.  This delay subjected the German forces invading the Soviet Union to the harsh Russian winter, which contributed significantly to their defeat at the Battle of Moscow. 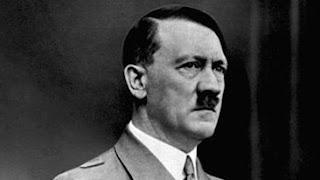 "If the Italians had not attacked Greece and needed our help, the war would have taken a different course.  We could have anticipated the Russian cold by weeks and conquered Leningrad and Moscow.  There would have been no Stalingrad." 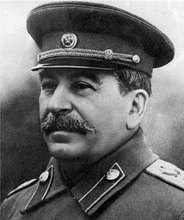 "I am sorry because I am getting old and I shall not live long to thank the Greek people, whose resistance decided World War 2." 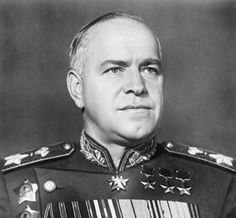 "If the Russian people managed to raise resistance at the doors of Moscow to halt and reverse the German torrent, they owe it to the Greek people, who delayed the German divisions during the time they could bring us to our knees." 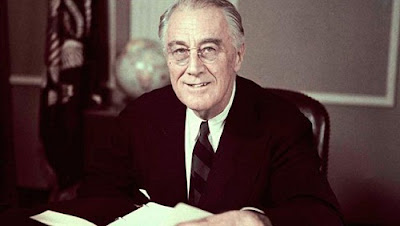 "On the 28th of October 1940, Greece was given a deadline of three hours to decide on war or peace, but even if three weeks or three years were given, the response would have been the same.  The Greeks taught dignity throughout the centuries.  When the whole world had lost all hope, the Greek people dared to question the invincibility of the German monster raising against it the proud spirit of freedom."

Greece paid a heavy price for its defiance. World War 2 claimed nearly one million of its people, about 14% of its population; the equivalent of about 3 million Australians in 2015. 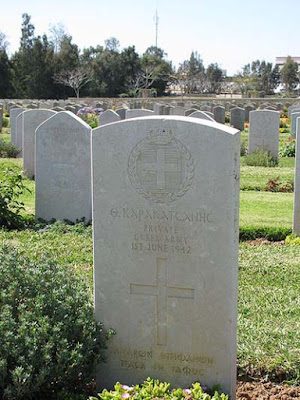 Yet, the 28th of October holds a very special place in the history of the Greek nation and is a very important national day of celebration, not only because of its significance to Greece, but what that defiance meant to the world. 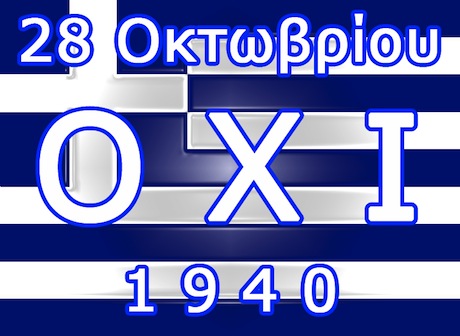 Posted by Andrew Catsaras at 09:56