My word, this man can deliver a powerful address or two.

At Selma: "What they did here will reverberate through the ages.  Not because the change they won was preordained; not because their victory was complete; but because they proved that nonviolent change is possible, that love and hope can conquer hate."

At Mandela memorial: "Mandela understood the ties that bind the human spirit.  There is a word in South Africa -- Ubuntu -- (applause) -- a word that captures Mandela’s greatest gift: his recognition that we are all bound together in ways that are invisible to the eye; that there is a oneness to humanity; that we achieve ourselves by sharing ourselves with others, and caring for those around us."

Full transcripts of both speeches are included below. 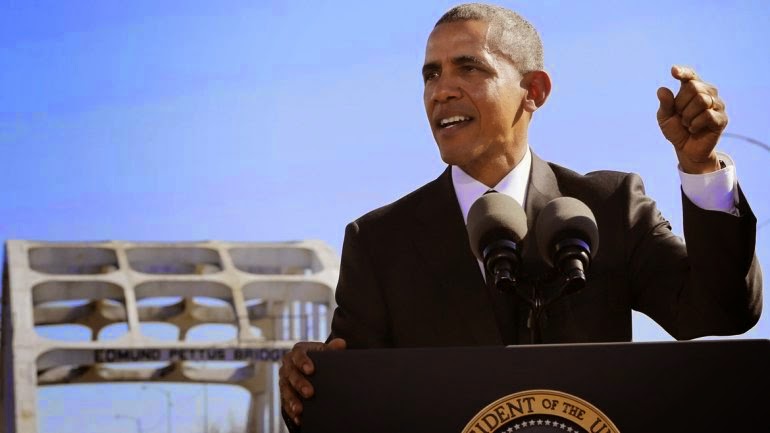 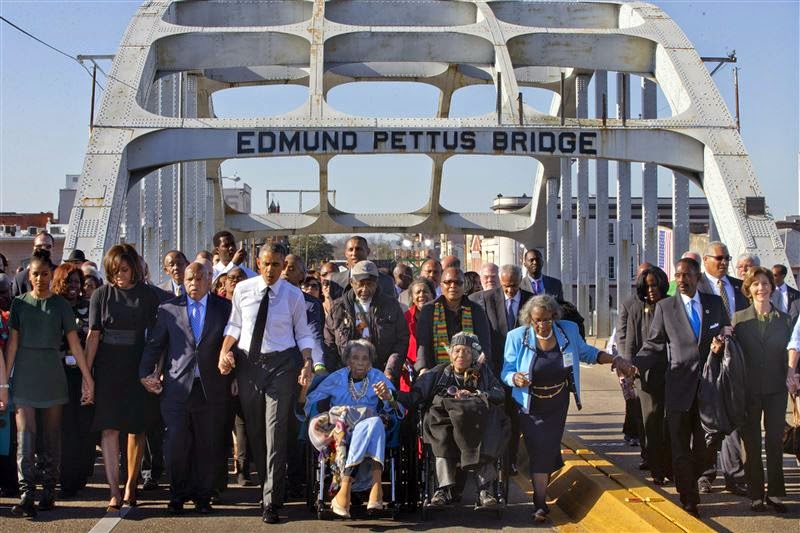 President Obama marching at Selma, while holding hands with Amelia Boynton (now 103) who was beaten unconscious by police troopers at Selma on "Bloody Sunday" and Congressman John Lewis (now 75) who had his skull fractured on "Bloody Sunday" after being felled by a police truncheon. 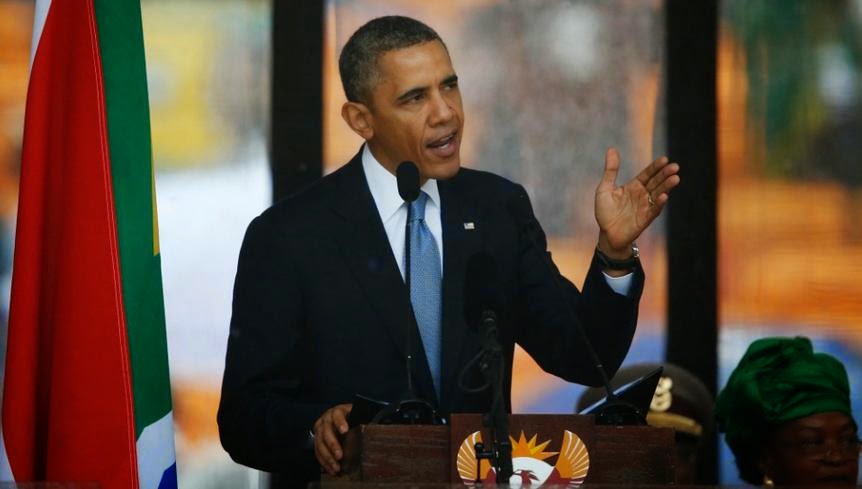 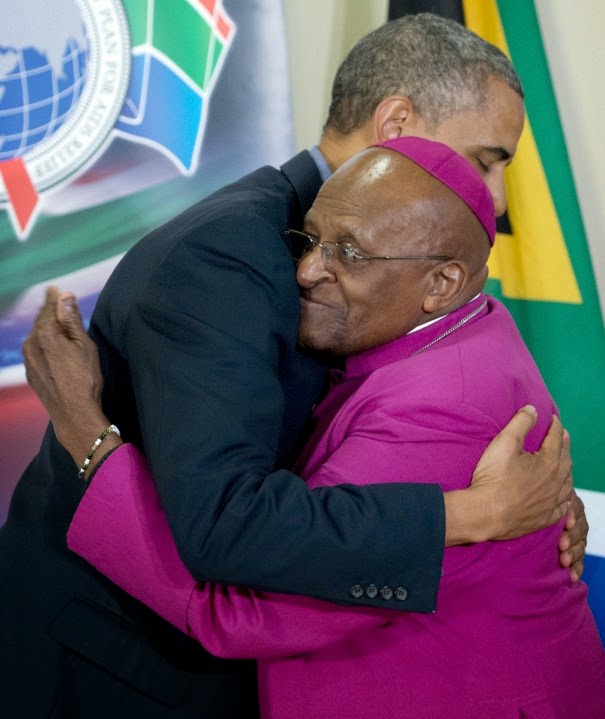 The White House
Office of the Press Secretary
For Immediate Release
March 07, 2015

Posted by Andrew Catsaras at 11:55