How is the Abbott Government travelling?

To measure how a government is travelling, especially a newly elected one, we can turn to two sources:

First, we can read or watch or listen to the opinions of commentators, which are mostly interesting and sometimes colourful; but highly subjective and therefore of limited empirical value.

Second, we can read the market research data (known in politics as polling) which is totally objective and therefore of high empirical value.

So what does the market research data tell us?

For such an analysis, we can turn to this article by John Stirton, Research Director of Nielsen Market Research, "Worst Poll Start For New Government in 40 Years" published in The Australian Financial Review on March 17, 2014.

In it he concludes:

"..there is no doubt the Abbott Government is continuing to have the worst start, at least in its polling, of any new government over the last 40 years."

So why is the market research data telling us that the Abbott Government is struggling in the polls?

For an answer to that question we can turn to a qualitative researcher, Rebecca Huntley, Executive Director of Ipsos Australia Research, who was quoted in an article by Peter Hartcher in the Sydney Morning Herald on November 30, 2013, when it was clear that the Abbott Government was not enjoying a polling honeymoon, as is usually the case following a change of government:

"Voters' expectations of the Government are not being met, and their fears are being realised."

Four months later, the empirical evidence is telling us that little has changed. 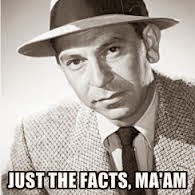 Posted by Andrew Catsaras at 11:12