Reflecting on the view from beyond

Time, once again, to reflect on the view from beyond. 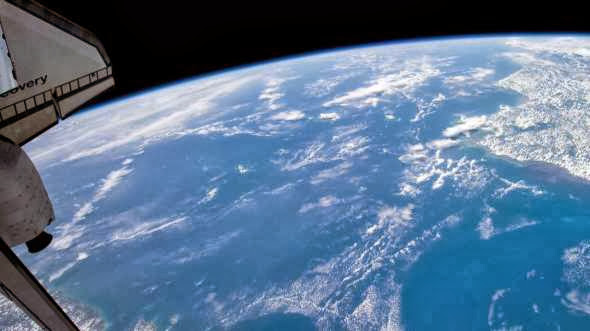 Earth viewed from Space Shuttle Discovery. A distance of 500 km. 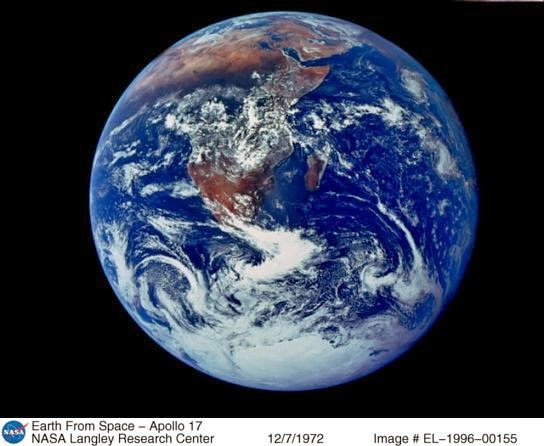 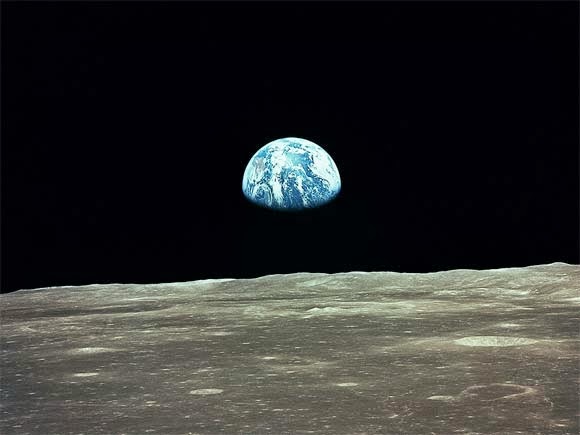 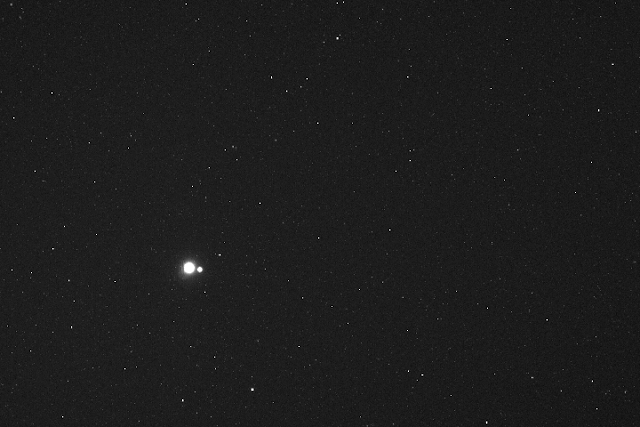 Earth and the Moon viewed from the orbit of Mercury. A distance of 183 million km. Farther than our normal distance from the Sun due to the orbits of the two planets at the time. 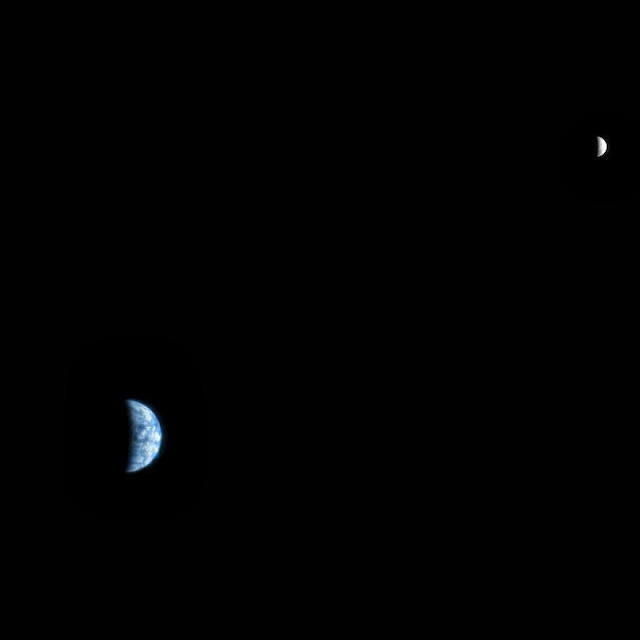 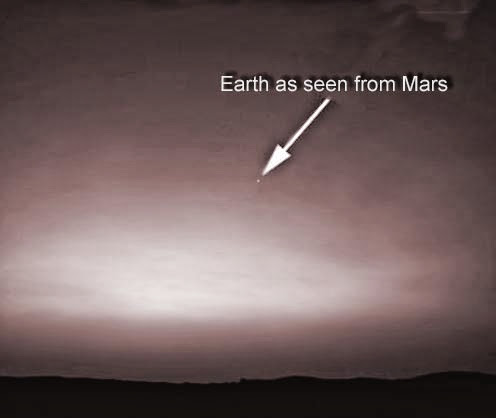 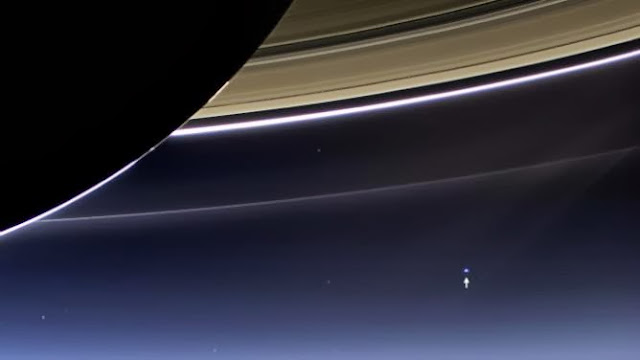 “Look again at that dot. That's here. That's home. That's us. On it everyone you love, everyone you know, everyone you ever heard of, every human being who ever was, lived out their lives. The aggregate of our joy and suffering, thousands of confident religions, ideologies, and economic doctrines, every hunter and forager, every hero and coward, every creator and destroyer of civilisation, every king and peasant, every young couple in love, every mother and father, hopeful child, inventor and explorer, every teacher of morals, every corrupt politician, every "superstar," every "supreme leader," every saint and sinner in the history of our species lived there-on a mote of dust suspended in a sunbeam.

The Earth is a very small stage in a vast cosmic arena. Think of the endless cruelties visited by the inhabitants of one corner of this pixel on the scarcely distinguishable inhabitants of some other corner, how frequent their misunderstandings, how eager they are to kill one another, how fervent their hatreds. Think of the rivers of blood spilled by all those generals and emperors so that, in glory and triumph, they could become the momentary masters of a fraction of a dot.

Our posturings, our imagined self-importance, the delusion that we have some privileged position in the Universe, are challenged by this point of pale light. Our planet is a lonely speck in the great enveloping cosmic dark. In our obscurity, in all this vastness, there is no hint that help will come from elsewhere to save us from ourselves.

The Earth is the only world known so far to harbour life. There is nowhere else, at least in the near future, to which our species could migrate. Visit, yes. Settle, not yet. Like it or not, for the moment the Earth is where we make our stand.

It has been said that astronomy is a humbling and character-building experience. There is perhaps no better demonstration of the folly of human conceits than this distant image of our tiny world. To me, it underscores our responsibility to deal more kindly with one another, and to preserve and cherish the pale blue dot, the only home we've ever known.”  Carl Sagan. 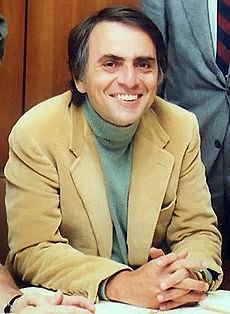 “Earth provides enough to satisfy every man's needs, but not every man's greed.” Mahatma Gandhi. 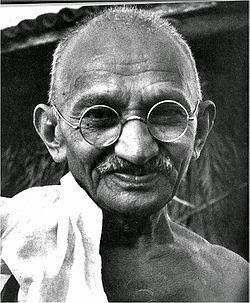 “Water and air, the two essential fluids on which all life depends, have become global garbage cans.”  "For most of history, man has had to fight nature to survive; in this century he is beginning to realise that, in order to survive, he must protect it." Jacques-Yves Cousteau. 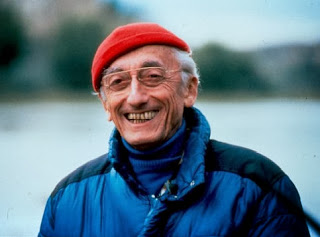 “It suddenly struck me that that tiny pea, pretty and blue, was the Earth. I put up my thumb and shut one eye, and my thumb blotted out the planet Earth. I didn't feel like a giant. I felt very, very small.” Neil Armstrong. 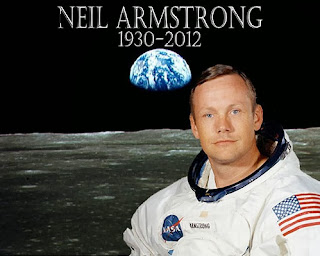 "Never have the nations of the world had so much to lose, or so much to gain. Together we shall save our planet, or together we shall perish in its flames. Save it we can and save it we must. Then shall we earn the eternal thanks of Mankind and, as peacemakers, the eternal blessing of God." President John F. Kennedy in an address to the UN General Assembly, September 25, 1961. 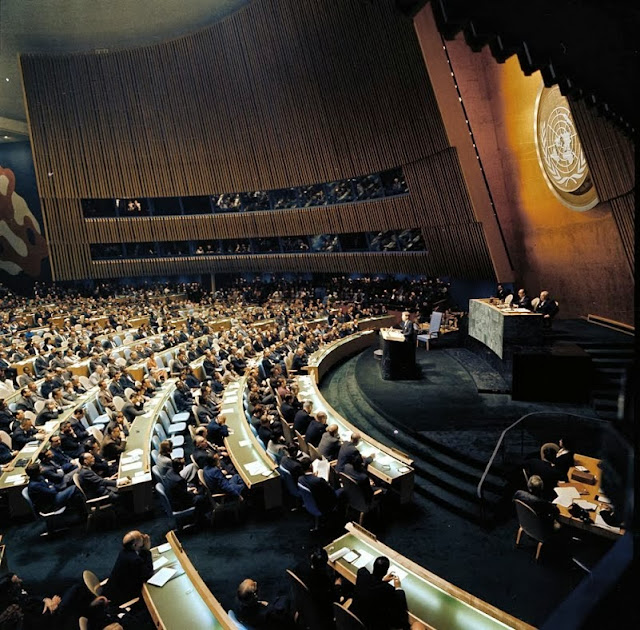 "We rich nations, for that is what we are, have an obligation not only to the poor nations, but to all the grandchildren of the world, rich and poor. We have not inherited this earth from our parents to do with it what we will. We have borrowed it from our children and we must be careful to use it in their interests as well as our own. Anyone who fails to recognise the basic validity of the proposition put in different ways by increasing numbers of writers, from Malthus to The Club of Rome, is either ignorant, a fool, or evil." Moss Cass as Australian Minister for the Environment and Conservation in an address to the Environment Committee of the Organisation for Economic Co-operation and Development, November 13, 1974. 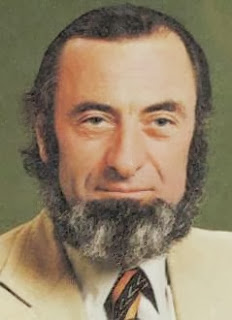 “The Earth does not belong to us; we belong to the Earth. We do not inherit the Earth from our ancestors; we borrow it from our children.”  Attributed to Chief Seattle. 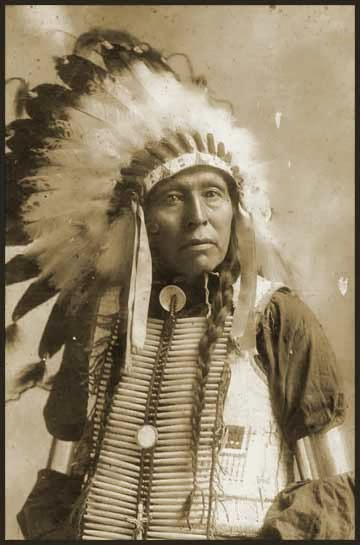 Posted by Andrew Catsaras at 14:12