If only they had just kept on going

Wednesday is Armistice Day. The 11th of November.

It marks the remembrance of the end of hostilities of the greatest madness that humans had inflicted upon one another up until that time: The Great War (later to become known as the First World War, as an even greater madness, the Second World War, followed only 20 years later).

In late December 1914 an extraordinary thing occurred on the Western Front, which illustrated that our humanity can sometimes overcome our mass stupidity. It came to be known as the Christmas Truce.

"Starting on Christmas Eve, many German and British troops sang Christmas carols to each other across the lines, and at certain points the Allied soldiers even heard brass bands joining the Germans in their joyous singing.

At the first light of dawn on Christmas Day, some German soldiers emerged from their trenches and approached the Allied lines across no-man's-land, calling out "Merry Christmas" in their enemies' native tongues. At first, the Allied soldiers feared it was a trick, but seeing the Germans unarmed they climbed out of their trenches and shook hands with the enemy soldiers. The men exchanged presents of cigarettes and plum puddings and sang carols and songs. There was even a documented case of soldiers from opposing sides playing a good-natured game of soccer.

Some soldiers used this short-lived ceasefire for a more somber task: the retrieval of the bodies of fellow combatants who had fallen within the no-man's land between the lines.

The so-called Christmas Truce of 1914 came only five months after the outbreak of war in Europe and was one of the last examples of the outdated notion of chivalry between enemies in warfare. It was never repeated—future attempts at holiday ceasefires were quashed by officers' threats of disciplinary action—but it served as heartening proof, however brief, that beneath the brutal clash of weapons, the soldiers' essential humanity endured." (History Channel) 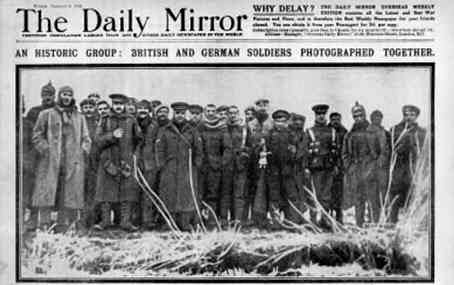 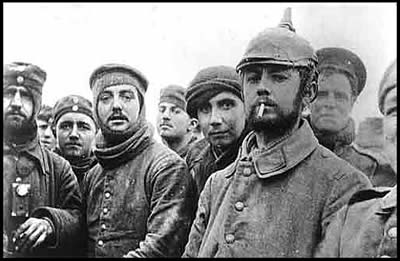 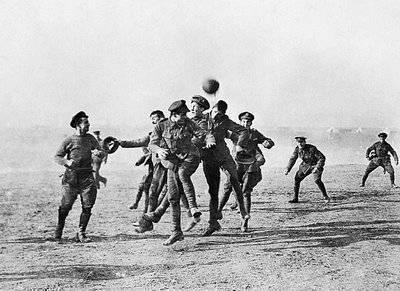 Since I first learnt of this astonishing event, I always wondered: Why didn't they just keep on going?

What if these soldiers had just collected all their colleagues at the front, on all sides and across all battlefields, left the trenches and returned to their families?

What if they told their King, Kaiser and Czar, as well as all their political leaders, "We've tried it your way for five months now and we're not getting anywhere, just lots of us getting killed, so we're going home now and you bludgers can stay here and sort it out."

Had they done this and refused to fight anymore, then it truly would have been 'The war to end all wars'.

If only they had just kept on going.

If only they had.

While reflecting on that sombre thought......

A beautiful rendition of J.S. Bach's "Bist Du Bei Mir" performed by Dame Janet Baker on YouTube here a version of which was featured in the 2005 film about the Christmas Truce, "Joyeux Noël." 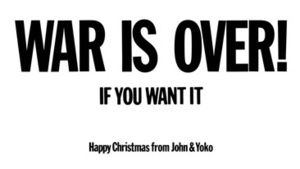 Posted by Andrew Catsaras at 08:52