From the television special "Gough Whitlam: In His Own Words" written and narrated by Senator John Faulkner in 2002:

Senator Faulkner: "Gough Whitlam made mistakes, some on a grand scale, but he changed Australia forever and for the better.

Gough Whitlam always put the nation first, just as he was always a proud Labor leader.

25 years after he left Parliament [now 35 years] he is still widely regarded as an elder statesmen."

Senator Faulkner: "Are you comfortable being an icon, being an elder statesmen?"

Gough Whitlam: "Well, I hope this is not just because I was a martyr - the fact was, I was an achiever."

"By any standards Gough Whitlam is a formidable, political warrior. He has inspired an undying loyalty amongst his supporters. He is an historic figure who has made a significant impact on the life of Australia. He had grand ideas, many of which left their mark on Australia. A number of which were embraced by the following government. Others have survived despite the opposition from the other side of politics."

And within my family, where the whole spectrum of political views are reflected; Gough Whitlam is admired.  Even my relatives from Eastern Europe, who escaped communism and would prefer to cut off their right arms than vote for any party that had even the remotest hint of socialism, that is, the Labor Party; all respected Gough Whitlam.  Significantly, it was no coincidence that those same Eastern Europeans (who happened to live in South Australia) also had great respect for Don Dunstan. 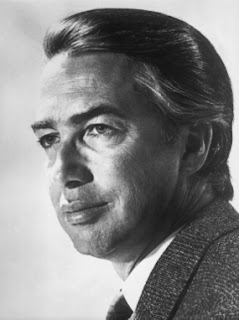 It's abundantly clear that vision, conviction and leadership are qualities that will always earn the respect of all people, regardless of their political views.

Posted by Andrew Catsaras at 14:37