Colleagues and scholars from coast to coast, across Bass Strait and all the ships at sea.
Dateline: Australia, Federal Politics 2011.
A crack team of investigative journalists has uncovered shocking revelations which show that the Gillard Government has hidden from the Australian public the fact that life as we know it will end.
These crack reporters - who have come from print, radio and television - have worked together tirelessly to unearth this explosive story.
The frightening reports are detailed below:
1. The story as published in these leading newspapers:
The Distortion, The Daily Deceiver, The Chronic Misleader and The Belligerent:
The Andromeda Galaxy, a killer galaxy consisting of one trillion stars, is hurtling towards our Milky Way Galaxy at an astonishing 400,000 kms per hour and is set to collide with the Milky Way in 3.5 billion years.
The Federal Labor Government has known about this imminent threat since it came to office in November 2007 and has been sitting on the information ever since.
It did not once raise the issue during its first year in office in 2008, instead distracting the electorate with other policy initiatives such as developing a response to the Global Financial Crisis.
Throughout its first term, the Labor Government continued to refuse to alert the public to this grave danger and neither in the changeover period from Kevin Rudd to Julia Gillard, nor during the 2010 Federal Election campaign did it make any attempt to come clean.
The illegitimate Gillard Government has continued with the deception until this day.
It was not until our reporters, using highly sophisticated techniques (which included turning on a computer and opening a science textbook) exposed the Government's disgraceful deceit.
Opposition Leader Tony Abbott says that this looming disaster is all the fault of Prime Minister Julia Gillard and the hopeless Labor Government.
"If it wasn't for the Gillard Government's monumental incompetence" said Mr. Abbott "we would not have to be dealing with this problem."
"This is clearly the result of a colossal policy failure which this dishonest Government tried to keep from the public, and we now ask what the Government is going to do about it?"
"Thanks to this reckless Government we are now headed for a galaxy crunch - a Gillard Government Great Galaxy Crunch."
"Everybody knows that only a Coalition Government can 'Stop the Galaxy'TM so we demand that Julia Gillard call an election now to let the people make me Prime Minister."
In a further disturbing revelation, there are sources who speculate that the Andromeda Galaxy may well arrive much sooner than previously thought.
Well-informed sources have disclosed that the collision could take place in under two billion years, giving the Government very little time to prepare the nation.
See our exclusive pictures of the impending doom below:
The Milky Way Galaxy.  Our home, which the illegitimate Gillard Government has recklessly placed at risk: 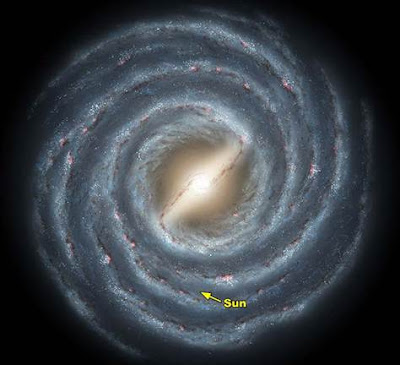 The killer Andromeda Galaxy.  Which only Tony Abbott and the Coalition will be able to stop to save us all:

What will happen if there's not a change of government now - the two galaxies are on a collision course: 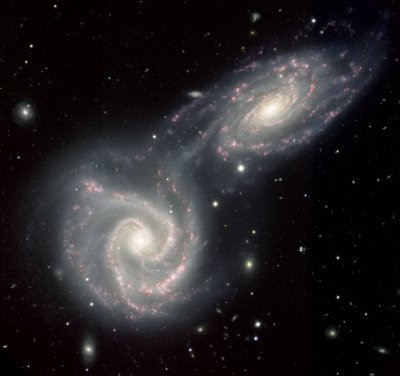 How our home will be devastated as the Gillard Government's failings become all too clear: