Conscience: The ripple of hope

Colleagues and scholars from coast to coast, across Bass Strait and all the ships at sea.
Dateline: Australia, Federal Politics 2011.
The attacks on Cate Blanchett this week have been a disgrace, and those making the attacks have behaved contemptibly - both in the media and in the Parliament. 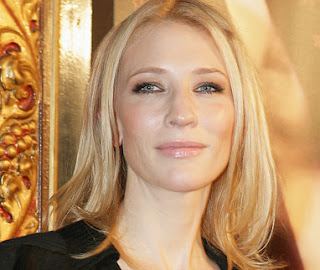 Not satisfied with only having real estate agents, advertising people and car salesmen more poorly regarded by the public than journalists or politicians for honesty and ethical standards; various journalists and politicians did their very best to drag their respective professions to the bottom of the list (Roy Morgan Image of Professions Survey 2011 see here).
Indeed their activities might well result in the first recording of a zero rating.  Certainly the measure of their integrity would be of sub-atomic proportions.  What a great credit to their professions and our democracy they are.
We can only speculate as to the intent of the attacks, but we can deduce its likely effect.  Which prominent Australian would now want to speak up about an issue for fear of being attacked as Blanchett was?  For fear of placing their career in jeopardy?
In fact, Dick Smith was so concerned about being attacked if he appeared in the "Say-Yes" advertisements, that he declined to do so. 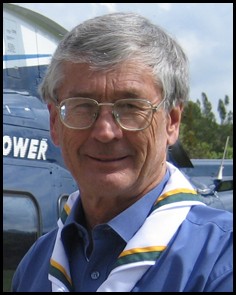 But this is not new.
Bobby Limb, the hugely successful national television personality and star of the Mobil Limb Show and Bobby Limb's Sound of Music (both top rating programs in the 1960s and early 1970s) claimed on Bert Newton's Good Morning Australia, that his television career was ended abruptly because he appeared in the ALP "It's Time" election advertisements in 1972 (It's Time advertisement, YouTube link see here).  Limb claimed that his appearance in support of the ALP greatly annoyed the management of the television stations at the time and that, as a result, they were determined to make an example of him to the rest of the television industry.
All three situations regarding Blanchett, Smith and Limb, were reprehensible and totally unacceptable. 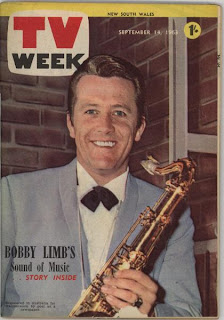 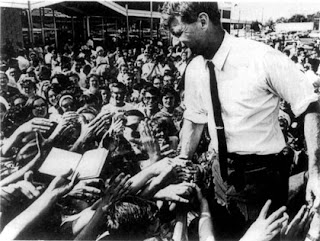 "Few men are willing to brave the disapproval of their fellows, the censure of their colleagues, the wrath of their society.  Moral courage is a rarer commodity than bravery in battle or great intelligence.  Yet it is the one essential, vital quality for those who seek to change the world - which yields most painfully to change."
"Each time a man stands up for an ideal, or acts to improve the lot of others, or strikes out against injustice, he sends forth a tiny ripple of hope, and crossing each other from a million different centres of energy and daring, those ripples build a current which can sweep down the mightiest walls of oppression and resistance."
It is conscience that is the key driver of standing up for an ideal, or acting to improve the lot of others, or striking out against injustice, which then sends forth that tiny ripple of hope.
Legendary Rugby League coach Jack Gibson used to say, "You can't coach speed."  Similarly, you can't teach conscience, as Sophocles said, "There is no witness so terrible, no accuser so powerful as conscience which dwells within us."
But there are those with vested interests who will 'do their worst' to try to intimidate their fellow citizens and stop them from acting upon their conscience.  There is no greater crime against a democracy.  As Thomas Jefferson said, "All tyranny needs to gain a foothold is for people of good conscience to remain silent." 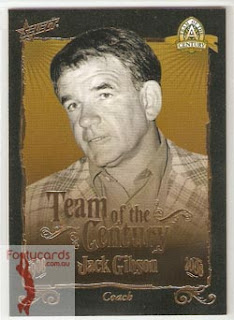 To Cate Blanchett, Dick Smith, the late Bobby Limb and all prominent citizens who wish to be publicly involved in the political process, consider these words by the American abolitionist, William Lloyd Garrison in the first edition of his anti-slavery newspaper, The Liberator in 1831: 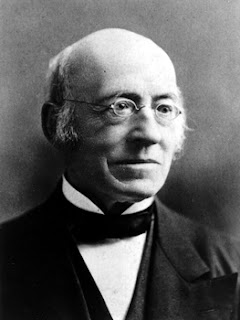 "I am in earnest - I will not equivocate - I will not excuse - I will not retreat a single inch - AND I WILL BE HEARD."
And from Coretta Scott King on The Ed Sullivan Show, March 22, 1970, when introducing clips from the two of the most famous speeches of her husband, the Reverend Dr. Martin Luther King Jr, who was assassinated less than 2 years earlier.
("I Have a Dream" August 28, 1963 and "I've Been to the Mountaintop" April 3, 1968.  See YouTube clip here): 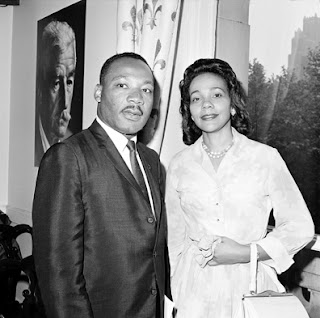 "My husband had a dream, but he was no dreamer.  He moved and he did.  He preached non-violence, but he lived day by day with the real courage that violent men really do not have."
It takes no courage to shamefully attack from behind a wall of newsprint or the safety of a studio microphone; or to bellow ignorantly and roar distortions of facts in the Parliament or 'on the doors' outside - but it does take courage to stand up for an ideal, especially when faced with the bullying display we have witnessed this past week.
Finally, remember this phrase of defiance by the Spartan King, Leonidas, to the King of Persia, Xerxes, at The Battle of Thermopylae in 480 BC when the Persian King demanded Leonidas lay to down his forces' arms and surrender because the Greeks were outnumbered by the Persian forces by more than 20 to 1: 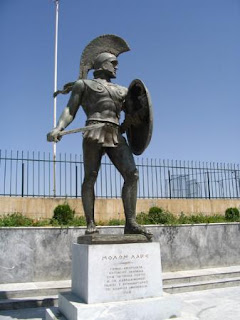